Last week we began introducing the riders for the upcoming 2016 Ecuador Adventure. Last week we met ‘Flash’ from Colorado. This week we’re pleased to introduce another adventurer bound for Ecuador: Yun-Kan

I first met Yun-Kan in September 2014. Alex, Adam, Jason and I were heading out for a ride in the Marlborough Forest. A friend of Jason’s had come to Ottawa from Toronto on his DR650 – for a business meeting. I thought, anybody who rides a DR650 to attend a business meeting must be okay – so he joined us as well.

We enjoyed some great riding in the Marlborough Forest that day. I tossed Big Ethel into the mud a time or two and Yun pulled off an absolutely epic face-plant into an 8” deep mud puddle – a great time was had by all.  Joe 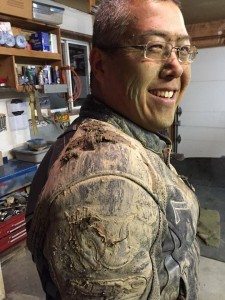 My name is Yun-Kan Huang and I live in Mississauga, Ontario. From Monday to Friday, I’m a professional professional. What that means is that I sit behind a desk all day long and do whatever my boss asks: manage projects, meet with clients on Business Intelligence, or just look important while getting coffee.

I have four grown kids and a VERY patient wife. But, when I’m not stuck in an office – I devote my passion to . . . MOTORCYCLING!

I started off with street riding on a 1983 Kawasaki GPZ1100 . . . the fastest production sport bike of it’s time 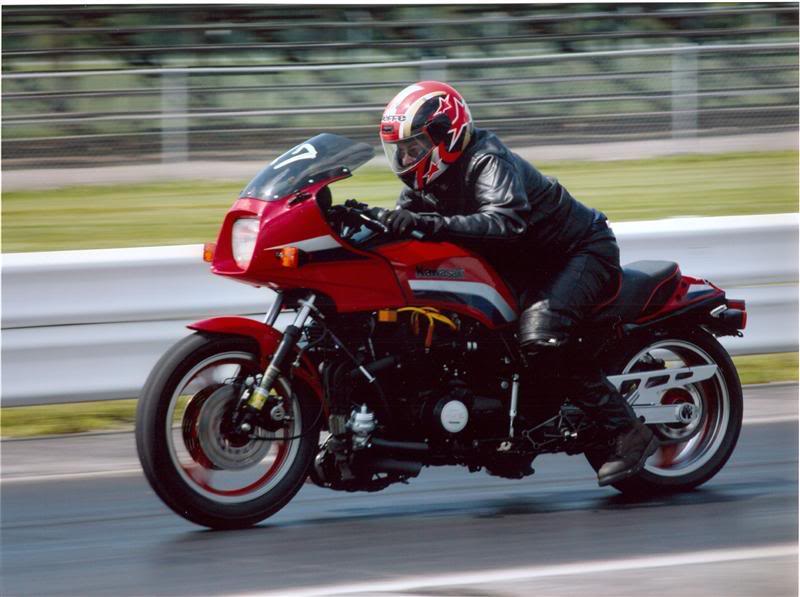 And that last line, “the fastest production bike of it’s time,” leads up to how I parted ways with the GPZ1100. A Broken collarbone on a decreasing radius turn on our own infamous Snake Road. Yes, I was “bitten by the Snake.”

As it happens, when I wrecked her, she wasn’t in top shape and her engine was getting a bit tired, so maybe it was time to move on anyway (ps. that’s not actually me or my bike in the pic. I couldn’t find one of me, so I “borrowed” this one from the www). 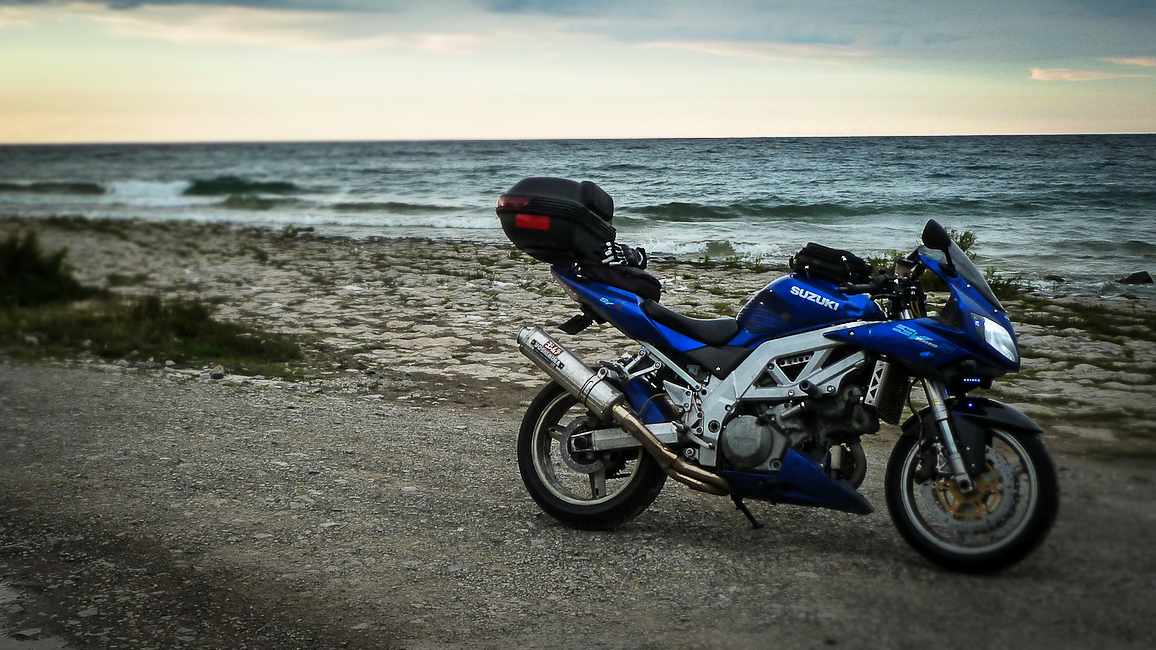 That was the first bike I ever purchased new from the dealer . . . and that will never happen again. Never again, because I’m a gearhead and before long I had changed out everything except the frame and engine. That is NOT an understatement!

For a “few years,” I tossed the SV all over the place. We ran gravel roads together (where people in 4-wheel drive trucks gawked at my stupidity). We hit race tracks throughout the Eastern seaboard. We toured James Bay, Bar Harbour, PEI, and we rode the Tail of the Dragon at Deals Gap.  Together we covered over 150,000 kms of eastern North America.

The SV was a very capable track and touring machine, with the narrow V-twin I could turn inside the line with four 600’s but they were screaming by me on the straights. And so . . .

. . . enough was enough. The search for a new ‘Track Weapon’ was on and it culminated in this GSX-R750 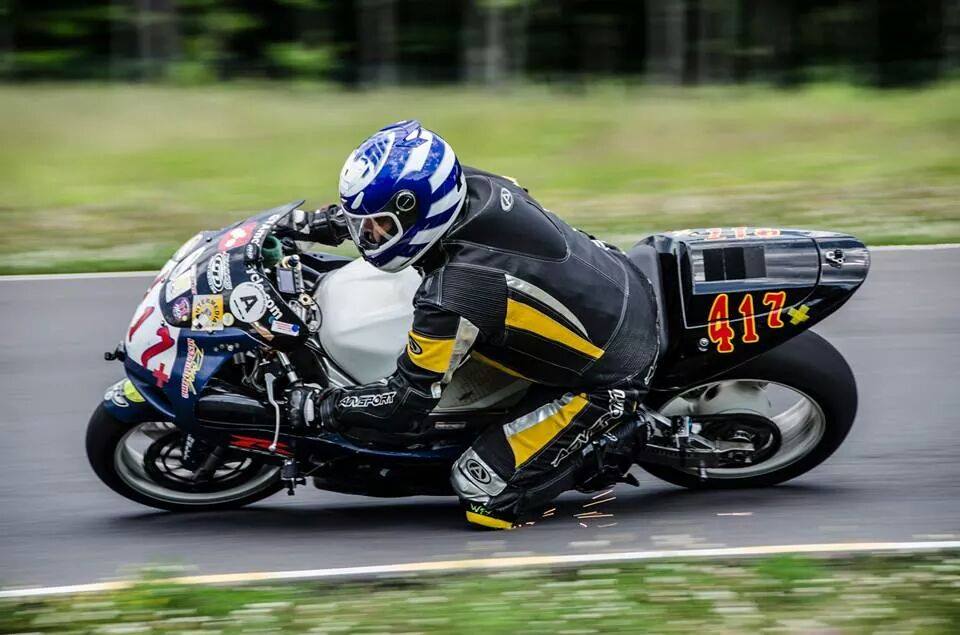 Why a 750? Cuz, I’m a bit bigger and there was no way I was going to let the 600’s get away from me this time! This bike is a BEAST. It’s more bike than this humble soul can manage. So, until I can out-ride the bikes capabilities its staying in my stable. Well . . . at least until something newer and sexier comes along!

Then one day, I decided it was time to move up to big boy pants and graduated to an 2008 Kawasaki ZX14 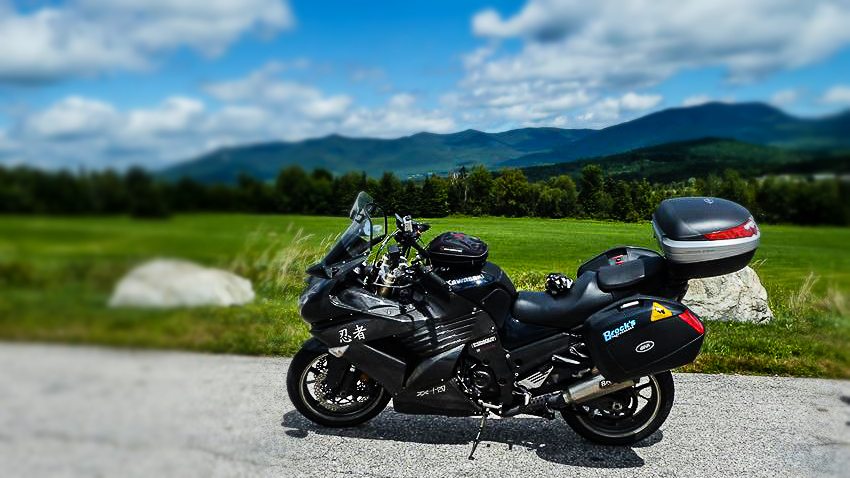 Unfortunately, this bike was completely under-utilized to the day of it’s sale because I had found the next love of my life (after my family and two dogs of course) . . . DIRT! 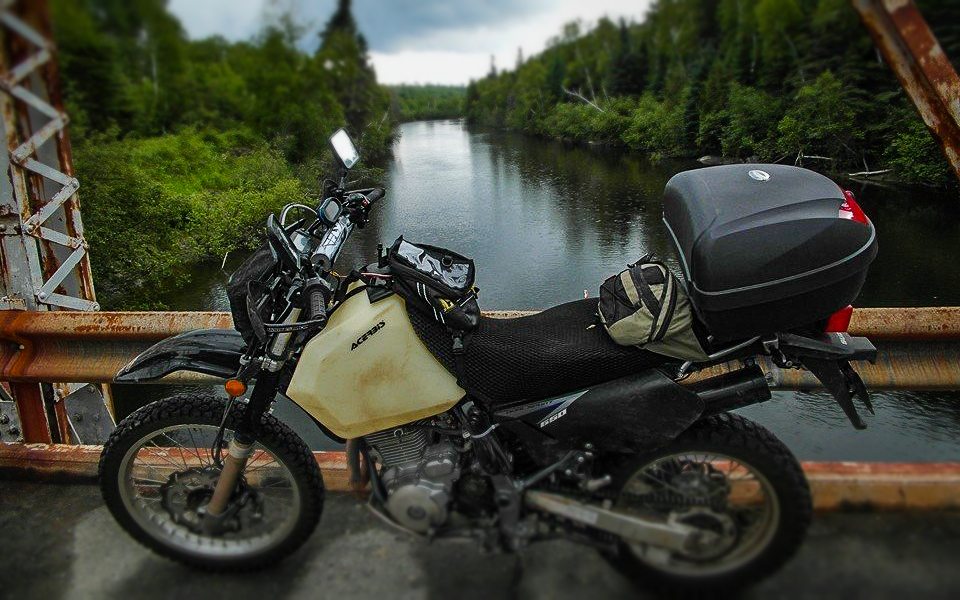 This DR650 was my first true foray into the dirty stuff.  I had spent decades of riding smooth pavement and worrying about the bike moving under me. After my first experience jumping rocks, tree roots, avoiding branches and sliding all over the damn place – well, you couldn’t wipe the stupid grin off my face! That was it, the bug had bitten and settled in for the long haul.

This is my do-it-all bike-bar-none. It has seen race tracks, single tracks, double tracks and anything else dirty I could find – including a trip to Big Bend, Texas where the DR650 really showed it’s mettle and off-road capabilities. 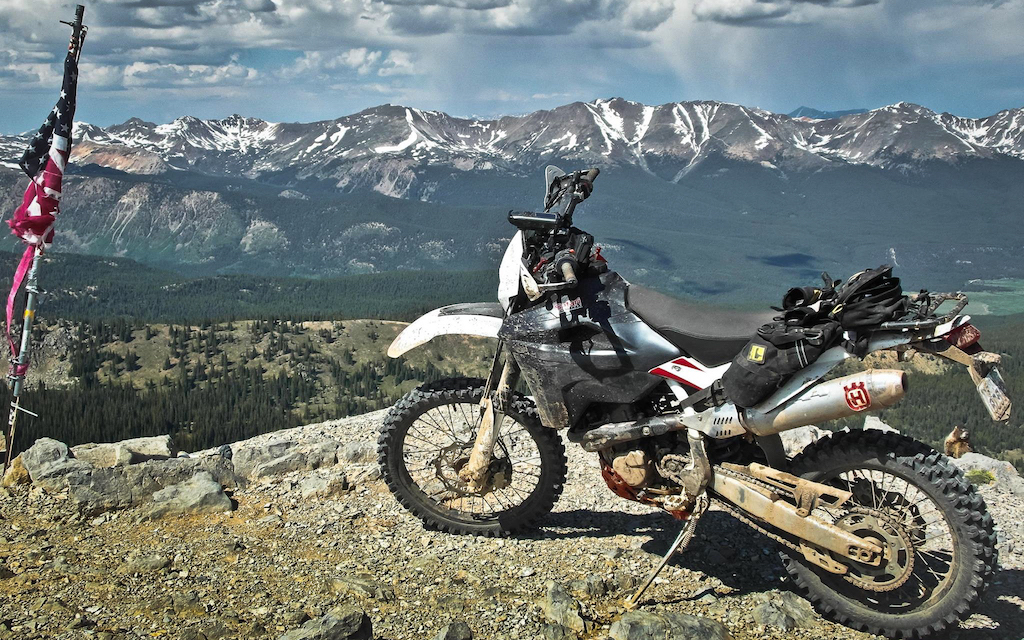 The TE450 was acquired to take on duties in the tight technical trails around Southern Ontario. Of course a princess can’t be kept caged, so she was freed to do what she does best in Colorado – the mecca of all things dirt (and street)!

This race-bred bike just begs to be ridden and the sad part is that I’m just not capable of using it to it’s full potential . . . but man am I trying! This pic is from the top of Flag Mountain in Taylor Park, Colorado.  The ride up was insane as the trail had washed out. But that was only a minor deterrent to this TE450 who clawed and spat out gravel all the way up that damn mountain. Once up there, the view was effing spectacular. 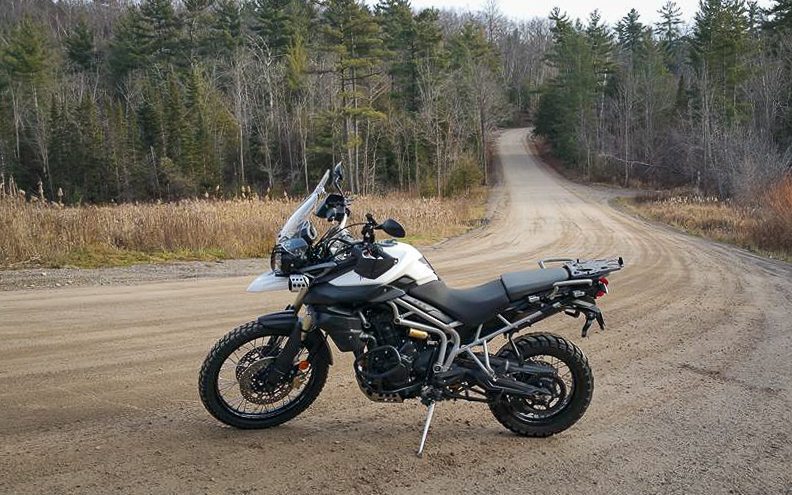 I wanted to be able to ride days to get to the destination and along the way take the scenic route. The hunt was on!

After a lot of really enjoyable reading and searching (who doesn’t like looking at bikes?) it was down to the BMW 800GS or the Tiger 800XC. Both great compromises in terms of weight, power and dirt characteristics (check out the Youtube video by Icon Raiden, the bikes being used to tear up the landscape are the Tigers!)

It was about this time that Joe and Ecuador popped up and guess what? Ecuador Freedom Bike Rentals had a Tiger 800XC to rent, so I’d get to try one out! How perfect was that!? So it was all set. The plan was in place.

That was the coldest 2,200+ kms ever – but it was one of the most enjoyable rides of my life!

AND NOW THE ADVENTURE BEGINS ANEW . . . as I’m bound for Ecuador this February for my first off-continent trip! 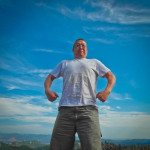 It is a pleasure Gary. We enjoy hearing from our readers as much as you enjoy the reading, so thank you!

Very Informative & Interesting article. I really enjoyed reading it.
Thanks