There Be Vikings – L’Anse aux Meadows and Conche, NL 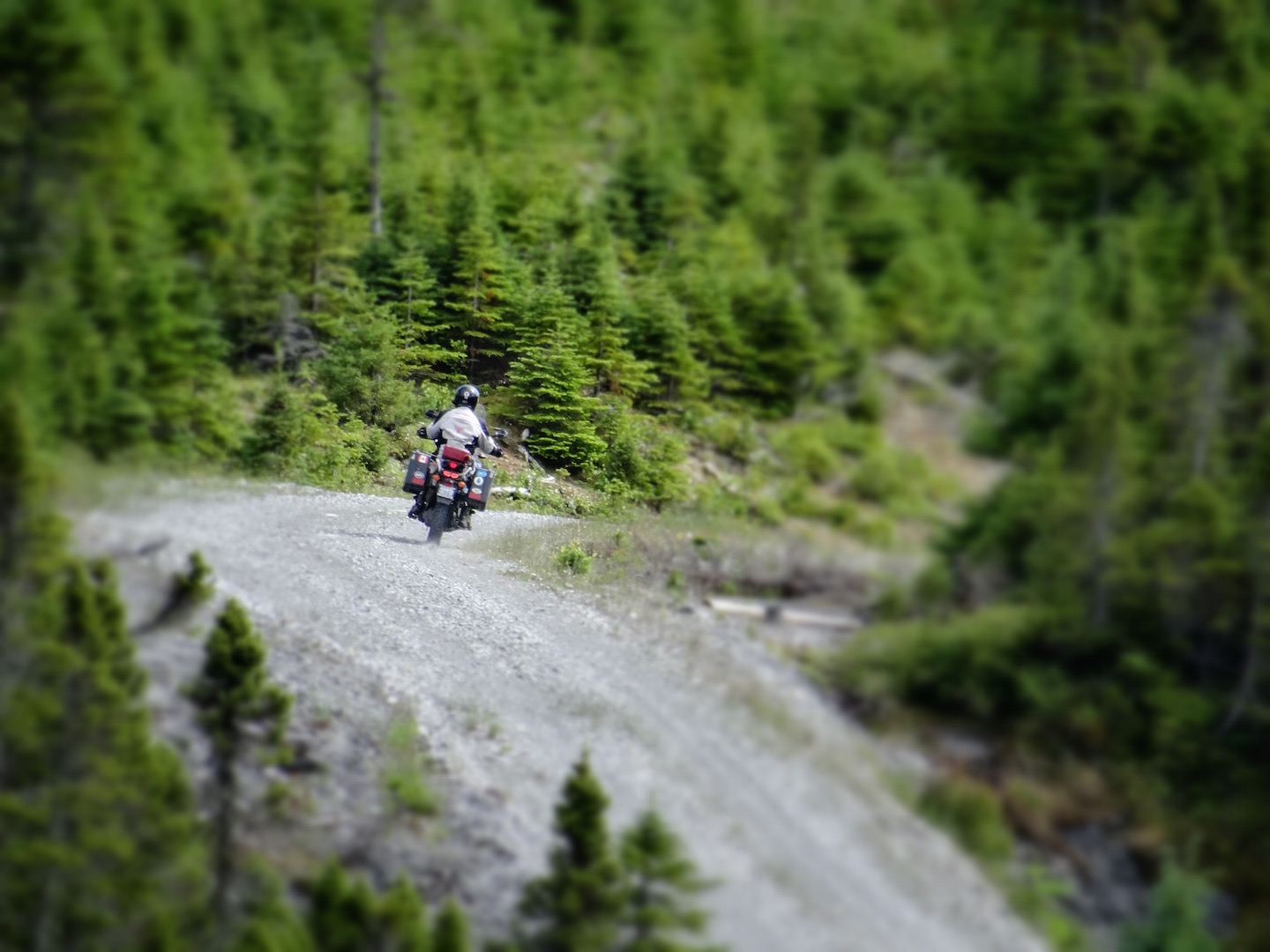 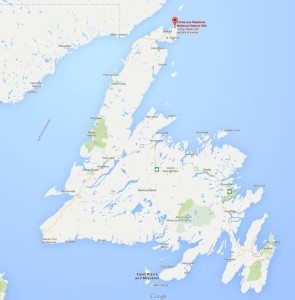 We all woke up feeling refreshed and in a better frame of mind on Friday morning. The chill had left our bones, and the damp had left our clothing. Even my boots were dry! That newspaper trick is one that I will keep in mind every time that I travel – it sure works well.

Breakfast and coffee got us on our way up the western coast of the peninsula, eventually arriving in L’Anse aux Meadows where we took some time to investigate the only documented and verified Viking settlement in North America.

Having purchased a Parks Canada Family Season Pass at the Discovery Centre in Gros Morne, entry into the tourist site was free for the three of us which made it all the more accessible and inviting.

Jeff, Mike and I opted to walk the grounds ourselves, rather than joining the organized tour and we found ourselves spending some time talking with a couple of the employees at the site, hearing their tales of the history of the area.

Jeff decided that most of it was bunk and made-up hogwash, but I choose to believe in the history as it has been portrayed at this site. Maybe that is just the romantic in me . . .

One of the guys who was working on shaping timber as part of the exhibit explained to us that although the buildings that were scattered around  the Viking settlement were reproductions, they had been constructed using the same methods and using authentic tools as from the period of the Viking settlers. 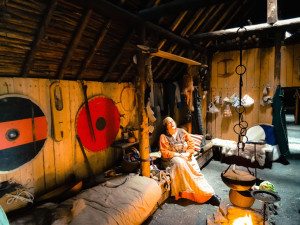 Each board had started out as a log, or a piece of timber, and had been fashioned into its useable shape using period hand tools, jigs, and construction methods. And from what I could see, the lumber looked straighter, and more true, than the premium grade lumber at your local Home Depot.

The exterior of the buildings is made from thick-cut layers of sod, which served as a readily available building material that offered excellent insulation and wind protection as well as a certain degree of weather-proofing. 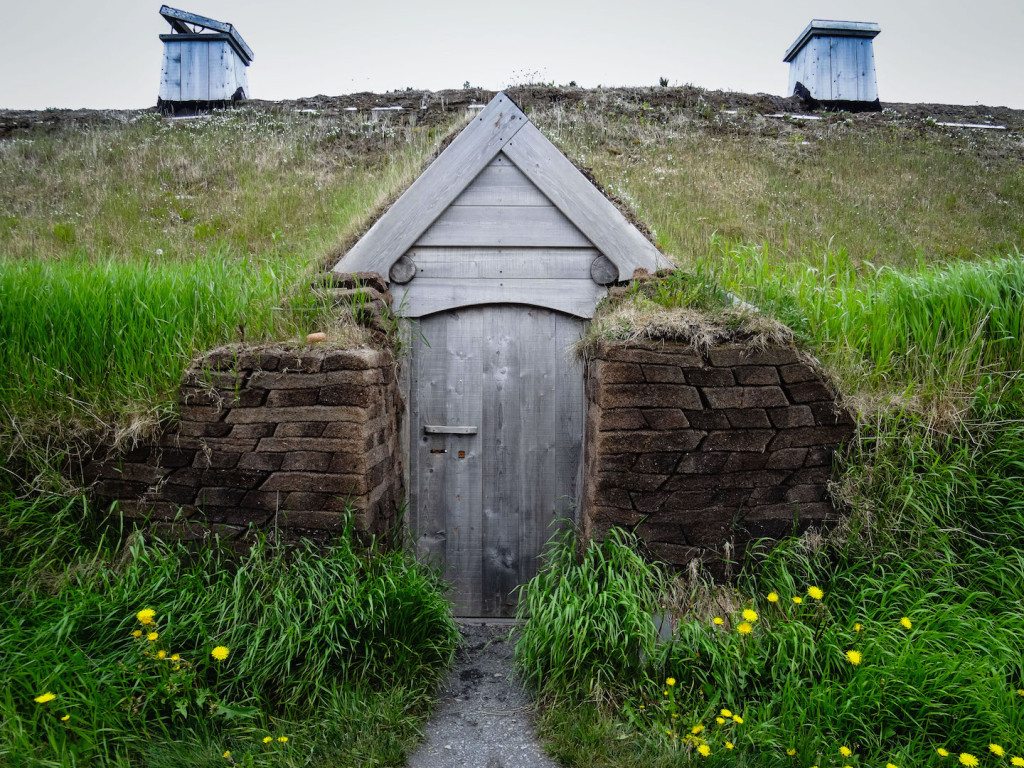 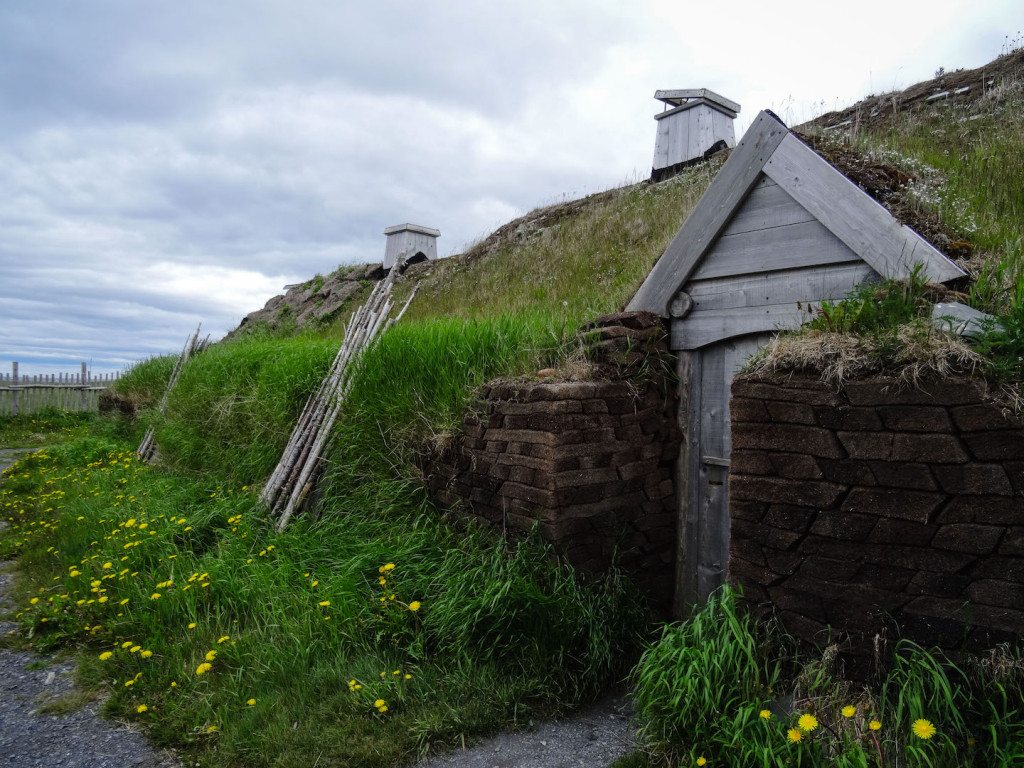 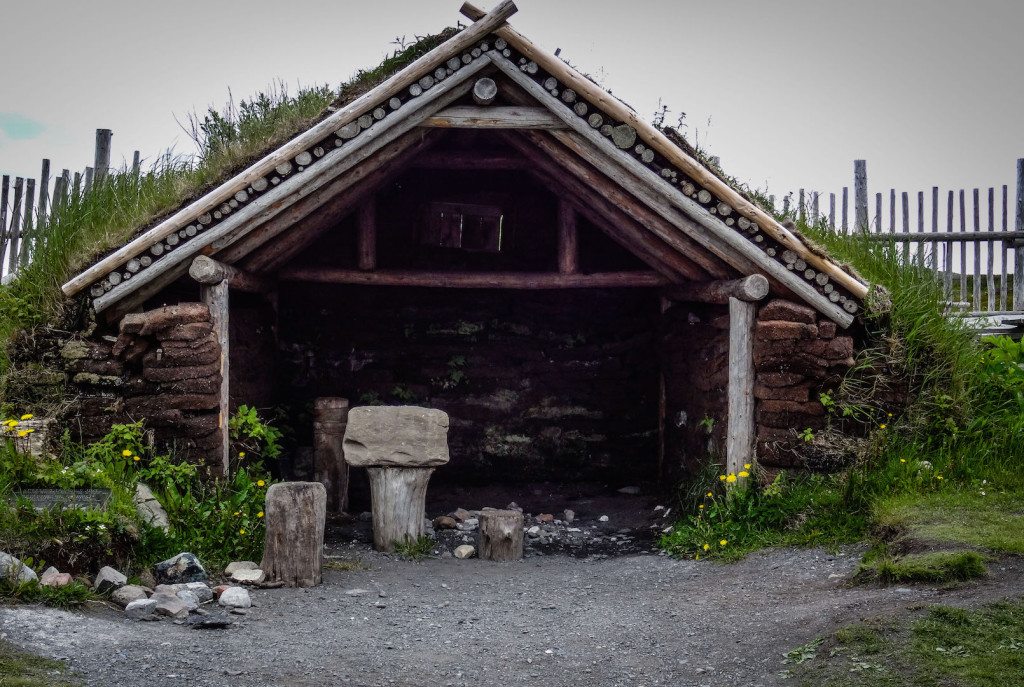 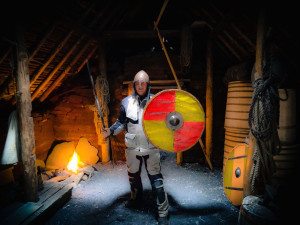 Jeff took an opportunity to heft a Viking shield and broad sword – noting that both were really friggin’ heavy and offering that those Vikings were a pretty strong bunch . . .

Walking the grounds back outside of the buildings, I found myself standing quietly at the fence, staring out to sea and listening to the song of the wind. It was an incredible moment that I am not going to be able to convey to you through words – but I swear to you that something in my soul stirred as though awakened from a long and very deep sleep . . .

It must have been an incredibly difficult life. And I am certain that I loved every minute of it.

I did mention in an earlier blog entry that I am a mix of Swedish and Newfie heritage, after all . . .

I know there is no way for me to say this without sounding a little flaky (our downright nuts, depending on how well you know me), but I had the strongest sensations of déjà vu, belonging, and longing that I can ever recall having – save for maybe a couple of occasions on bow watch aboard a 176’ three-masted staysail schooner in high seas at the age of 12 – but that is another story. 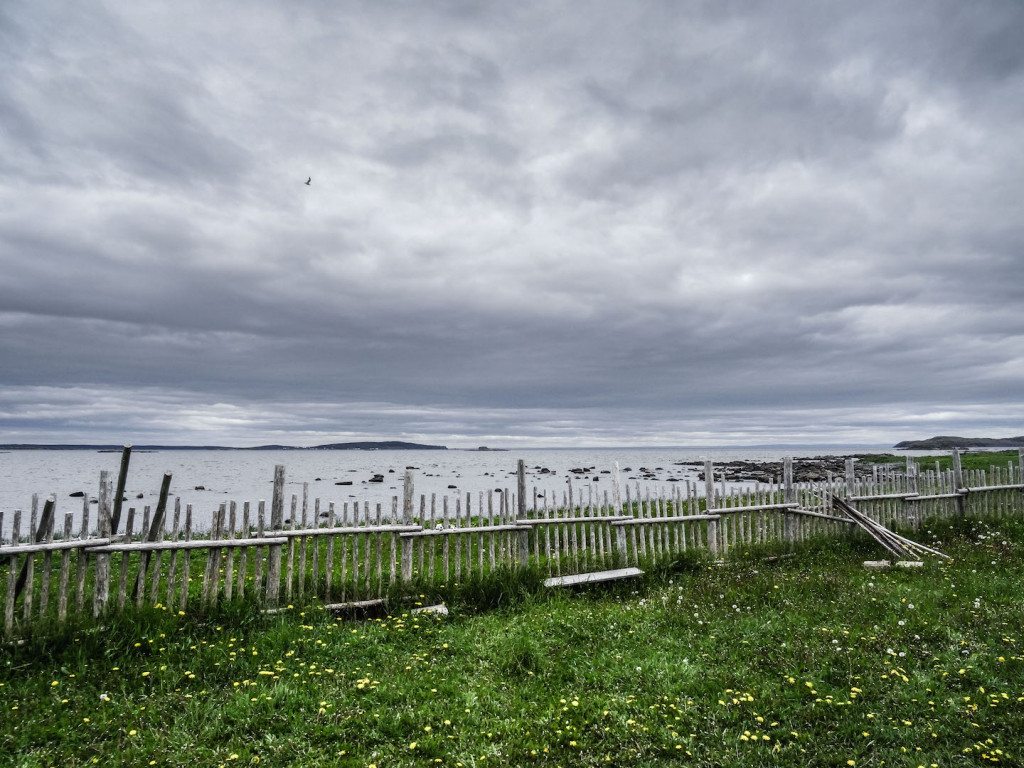 I was the strangest feeling, like I was waiting to hear something in particular – something that I expected to hear.

All that I can tell you is that I was entranced by the entire scene, and the whole area. It was strikingly beautiful and barren and full of life yet sparse all at the same time. 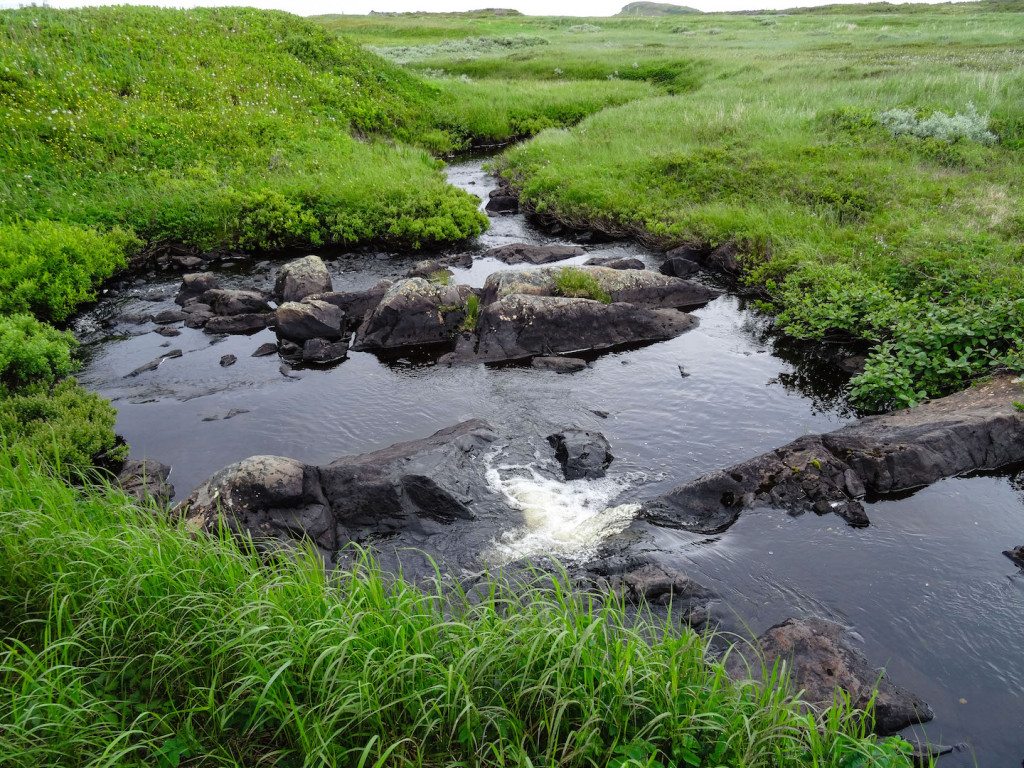 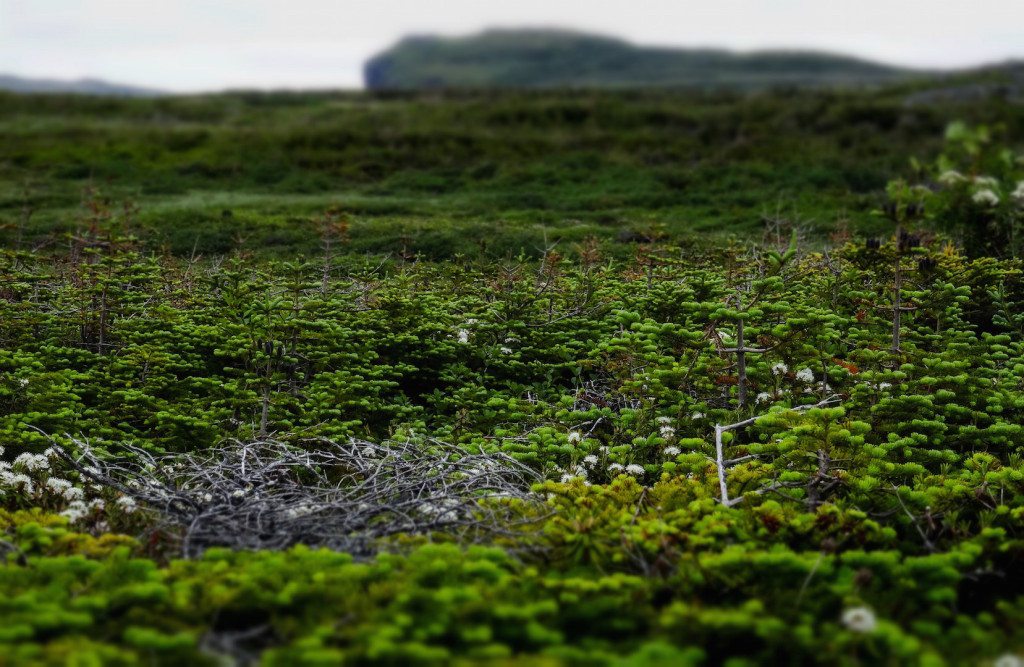 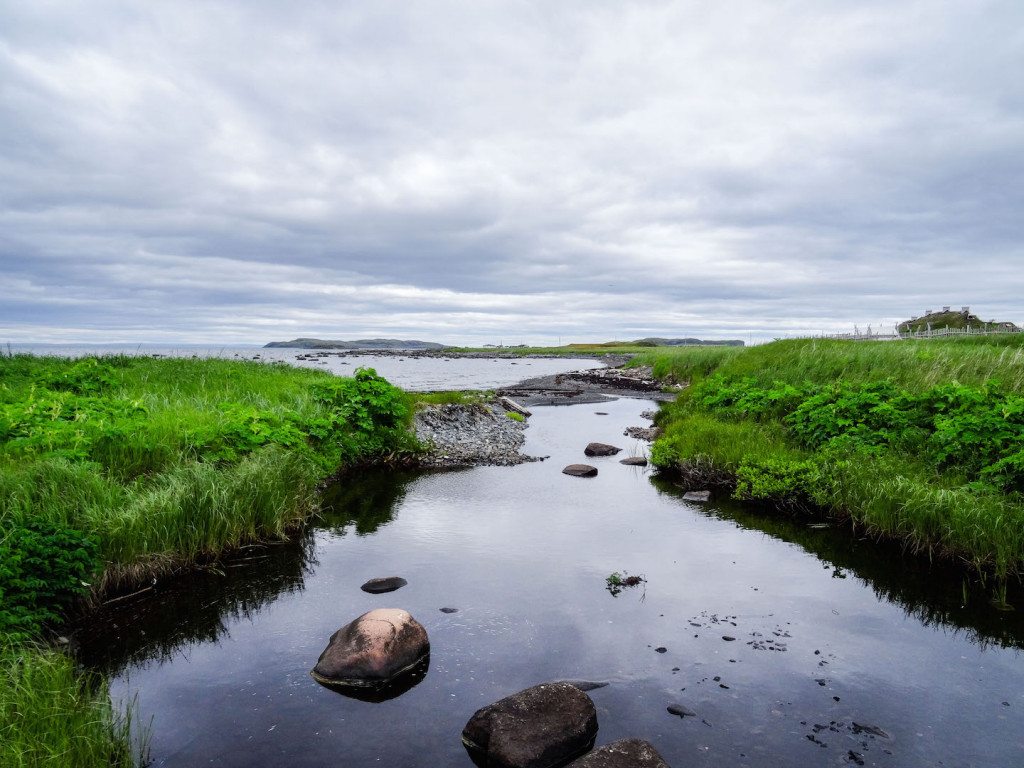 Suffice to say that I found the Viking Settlement at L’Anse aux Meadows to be quite interesting and well worth the visit.

After leaving the site we headed to St. Anthony to have lunch, and then Jeff and I headed off to see some of the eastern coast while Mike headed back down the western side of the peninsula.

Jeff led us to some off-road tracks that he had received from another rider on the ADV rider forums, and boy-oh-boy what an adventure it turned out to be.

We followed a gravel road off of highway 430 – I believe it was the 432 – that eventually led us to an ATV trail and into the forested hills of the area.

We ended up on a series of forest service roads that were utterly amazing. The views were spectacular and the riding was exhilarating.

Steep grades, tight curves, whoops and hair-pins all thrown together in a never ending series of pure adrenaline induced fun!!! 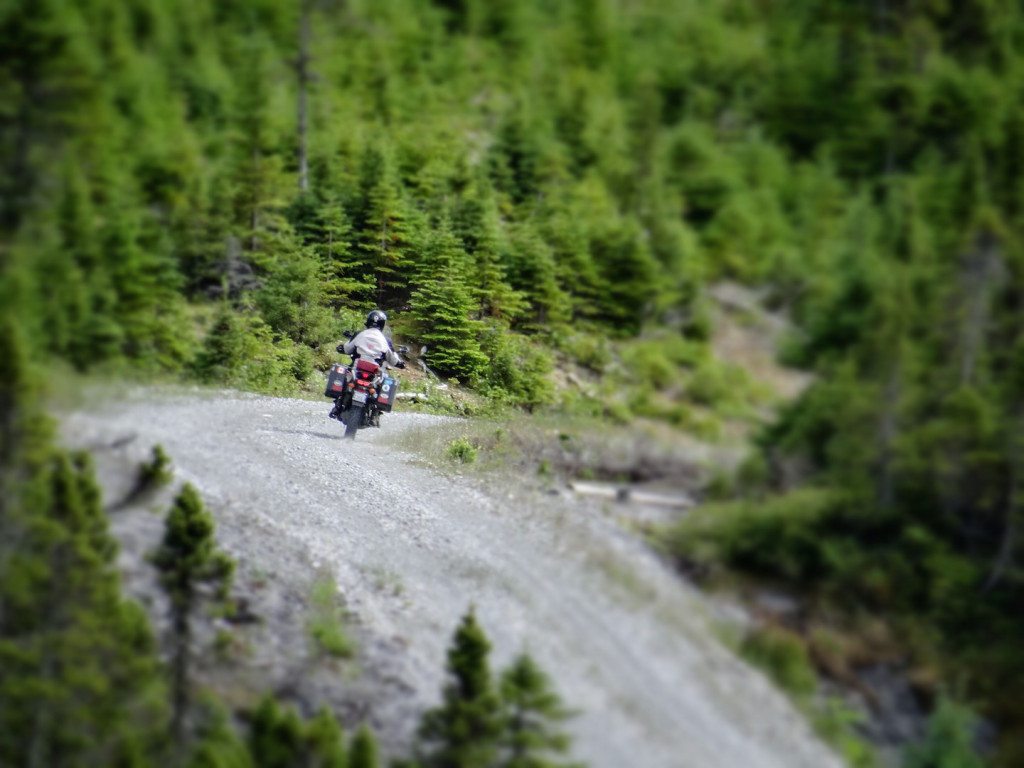 Big Ethel got airborne more than a few times, twice landing hard enough to bottom out on her skid plate. I made a note to remember to dial in some suspension as she was still riding on factory soft settings – not the greatest set up for the type of riding that I was doing with her.

Big Ethel and I were becoming very, very comfortable with each other, that’s for sure.

I continued to recognize just how much I was loving that machine. Though a little thick around the middle, and, maybe not as fleet of foot as some of her brethren, Big Ethel has taken everything that I have thrown at her and always left me knowing that she can handle more.

Suzuki got it right this time. This is one hell of an amazing, all around adventure touring machine.

After an hour or so of playing around in the forest Jeff and I came out onto route 434, Conche road, which led us right into the tiny little fishing village of Conche.

Along the way, just before entering Conche we were graced with another iceberg, pristine and monumental all at the same time. 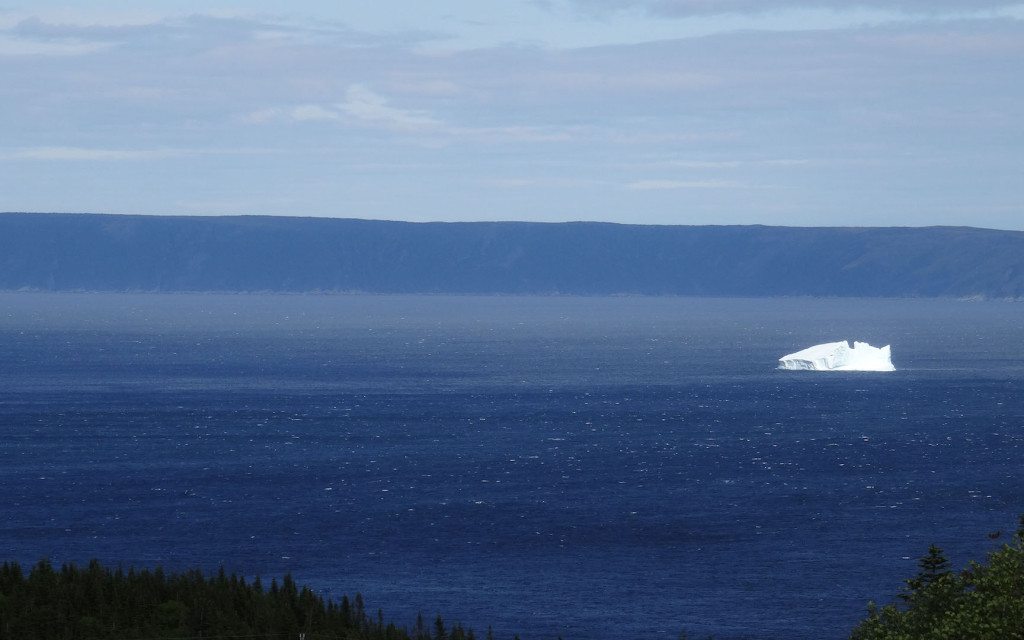 And then we rolled into the tiny village of Conche.

For the umpteenth time during this adventure I found myself gazing, jaw dropped, in utter amazement at the beauty laid out before me.

Conche is so beautiful it is almost painful to look at. Your brain struggles to register the images that are being captured by your eyes, and your heart. 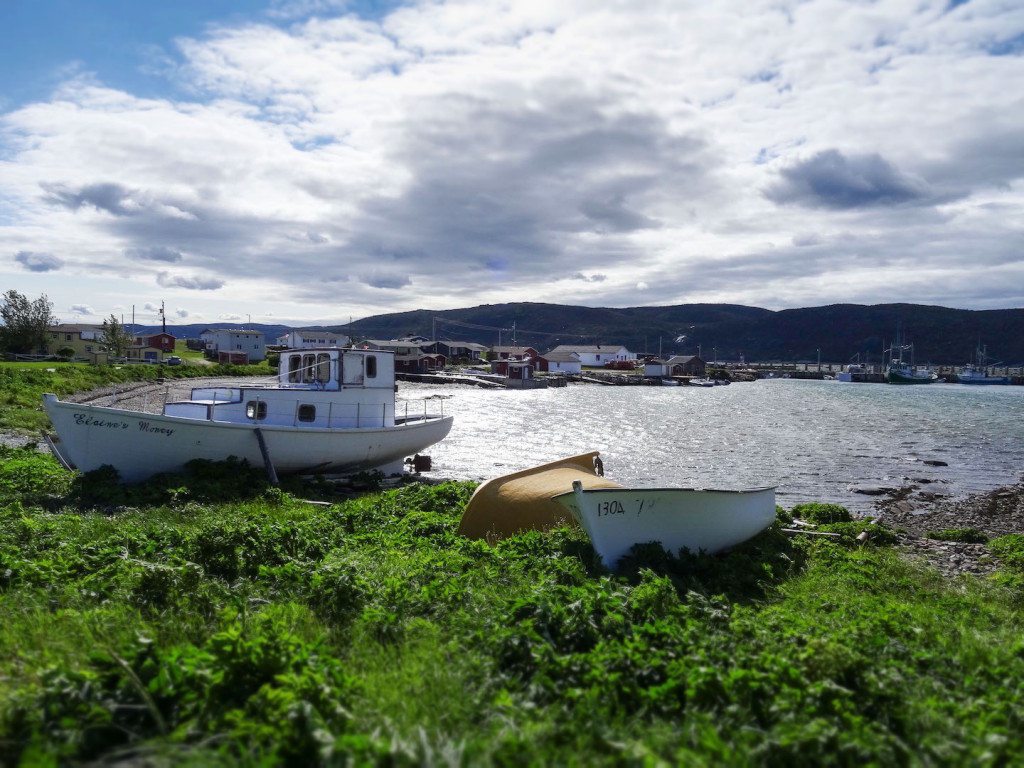 I found myself wishing that I could just stay there forever. The wind carries a song that begs you to listen, yet the subconscious knows that, like the Sirens of Homers ‘Odyssey’, listening will only leave you entranced, until one moment in January you awaken to wonder how it ever came to be that you are in this place of harsh and ugly winters.

Oh, but if only I could summer here, and winter in South America . . .

We pulled ourselves away from Conche after a brief conversation about the proper way to wheelie a bicycle with a couple of tow-headed young boys who had come over to check out our bikes.

I gave the harbour a mournful last glance, and Jeff and I then headed back toward St. Barbe and our motel room.

We arrived just shortly after Mike who had returned from his own gravel road adventures, and we shared tales over dinner.

Exhausted, we retired almost immediately after eating and got a good night’s sleep, knowing that we had to get up early in order to make the ferry boarding for our journey to Blanc Sablon – and the Trans-Lab highway.

Up next:  RIDING THE TRANS LABRADOR HIGHWAY – PART I

I think you got the gist of her now byes. Glad to see The Rock did not disappoint.

There was absolutely nothing disappointing about Newfoundland Dave, except for the fact that the trip had an ending and we had to leave. I will be back next year my friend, for another visit with the Rock’s ADV Ambassador, “damurph”. Now, where the heck can I find Toutons in Ottawa? . . .

Once again Joe, this is very beautifully written where you catch the essence of true adventure riding. You are able to immerse yourself into the surroundings and thus become part of it.
Having experienced this many times on my travels you will find this to be truer the further and more remote you go; the winds will carry a song for your soul and give you inner peace.

Thank you Jeff, I appreciate your words. I am already longing to travel afar once more, but as yet have not decided on the ‘where’
Maybe a trip to the Yukon will be next. . .