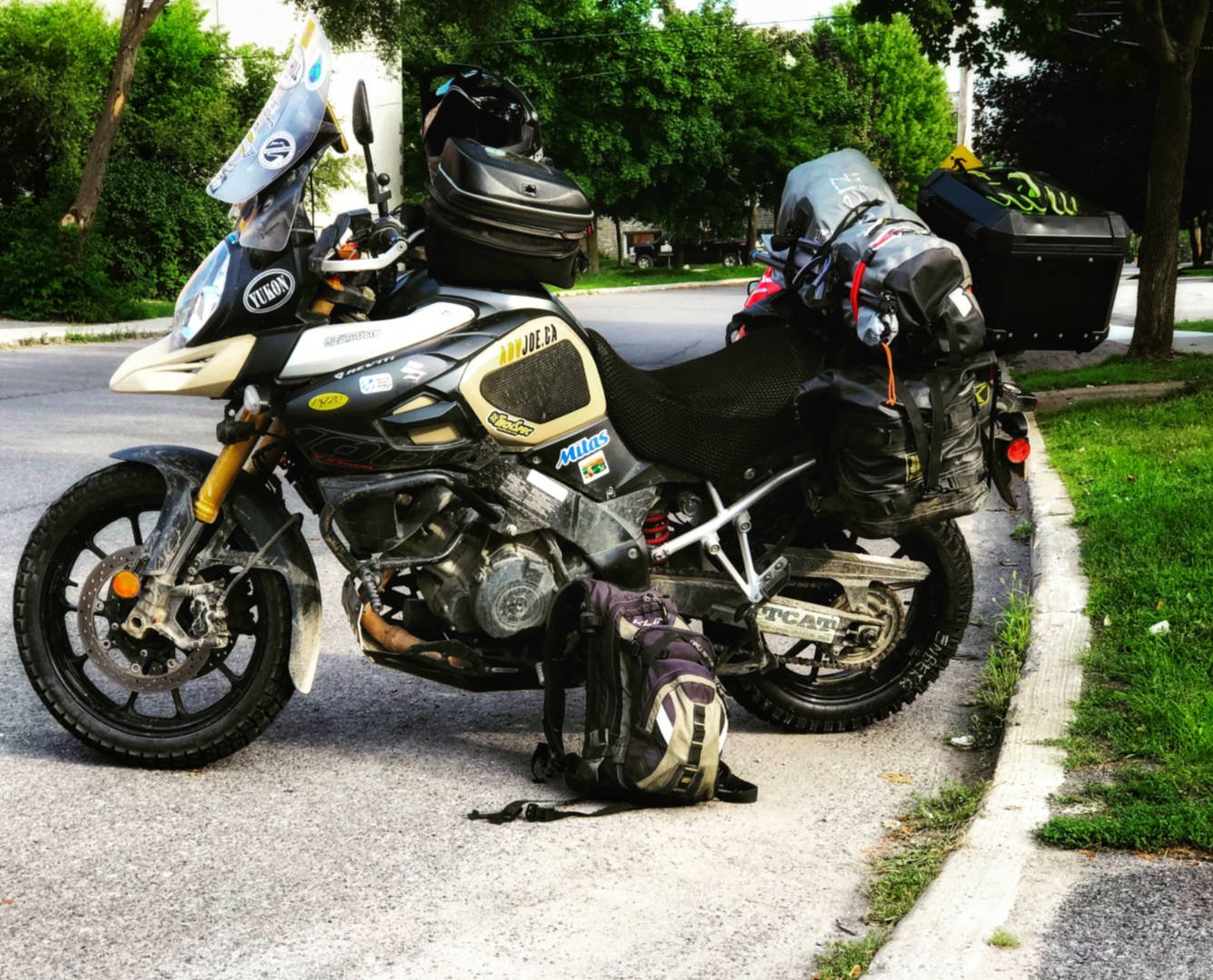 Grateful just to have a cup

Day 1 was a long, long day in the saddle.

I knew that it was going to be so I was as prepared as one can be for covering such a distance in one day, but it still felt great to finally lay down in my sleeping bag at Adair’s Wilderness Lodge at 11:10 pm local time in New Brunswick.

My original plan was to be on the highway by about 7:00 am and hopefully east of Montreal by 9:00 am.

Leaving my east-Ottawa parking lot at 8:15 am sort of threw that out of whack, lol. What it also did was set an easy-going, no-pressure tone for the trip. And by that, I mean that my later-than-planned departure allowed me to understand immediately that I was embarking upon an adventure without time constraints: my task was to let it unfold as it would.

I wasn’t on highway 417 for more than 3 minutes before realizing that I really wanted to stop and say ‘bye’ to my older sister and my younger brother before leaving Ottawa for what could be a month-or-more on the road. With a broadening grin, that is exactly what I did, getting off the highway again just east of the city to spend 15 minutes with them both before getting back on my way.

The fact that my siblings work together makes it really easy to pop by and say ‘hey’ and I can tell you that it really made for an excellent start to my adventure.

As I am typing this I realize that is really a matter of perspective though, isn’t it? I mean, I could say that I had a lousy start to my adventure because not 12 hours earlier my bike was in pieces in the parking lot of the apartment building where I live in Ottawa. 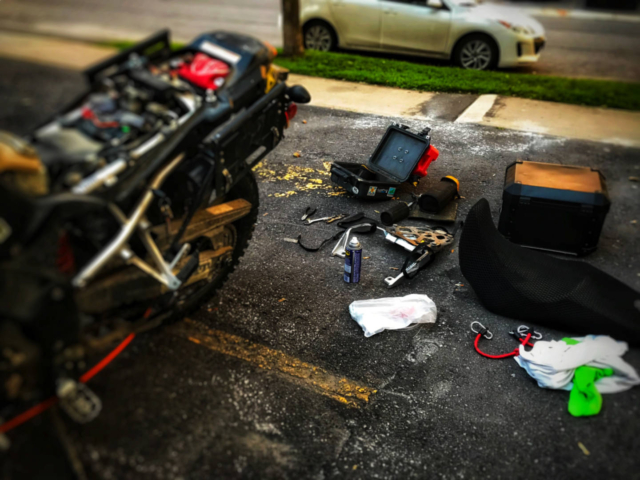 Giving Big Ethel the once over the evening before leaving while packing my tools into my Pelican top-case I noticed that my rear rack felt unusually loose. Not wanting to chance a mid-adventure mishap in the middle of the New Brunswick backcountry I set about removing the top-case and in short order found the problem: one of the bolts that holds my SW Motech top plate to my factory rear rack had sheared off. Left unattended, the other would certainly have sheared itself in pretty short order.

There was a silver lining though. With the Pelican top-case removed I could now very easily use my Traxx aluminum top-case. It has a lot more room and I really like the practicality of it, especially the quick release attachment to my bike – however, I just couldn’t be bothered to remove the Pelican. Until now.

So maybe it is merely the way that we look at the challenges before us that determines whether any given scenario is ‘good’ or ‘bad’.

As I said to my friend James many years ago when he commented that my default attitude seemed to be that my cup was always half full, and never half empty,

“I’m simply grateful to have a cup.”

By the time that I made it to the West Island of Montreal it was already going on 10:00 am, and I had another stop to make. My older brother works in Ville St. Laurent, and I hadn’t even told him that I was leaving on this adventure so I most definitely had to stop in and see him too.

Steve and I spent almost an hour chatting about the adventure that I was embarking upon that morning, and he was happy to hear that I was volunteering at the Rally this year and taking a ‘break’ from riding. Yes, a funny man he is.

I come by my passion for classic cars and hotrods as a direct result of my older brother. Growing up he was always turning a wrench on one muscle car or another in the driveway and I remember how much it meant to me whenever he would take a few minutes to show me what he was doing.

Still very much into the car scene, he is now painstakingly making his current project exactly the way he wants it. 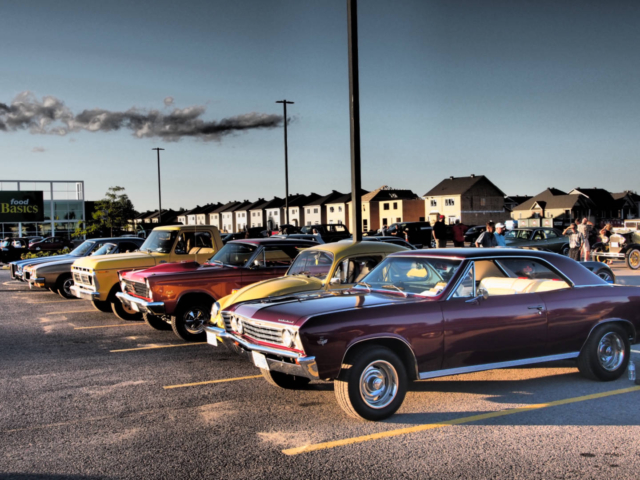 After saying our farewells I got back on the highway and set in for the long slog of slab that would see me ride east of Quebec City and then south on 185/85 into New Brunswick.

I made my regular fuel and food stop at the really cool Dinosaur Park gas station at Le Madrid, snapped a few pictures, and after a good 30-minute break, I was back on the road.

This would be my longest stop before arriving at Adair’s Wilderness Lodge some 9 hours later. 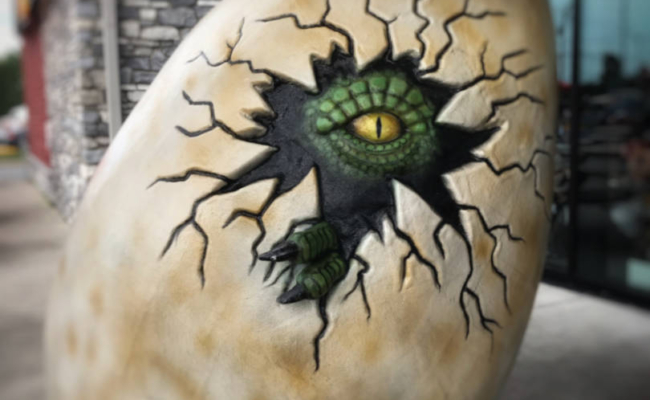 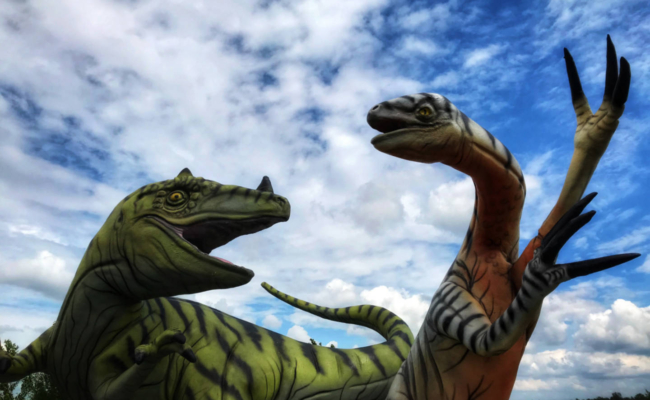 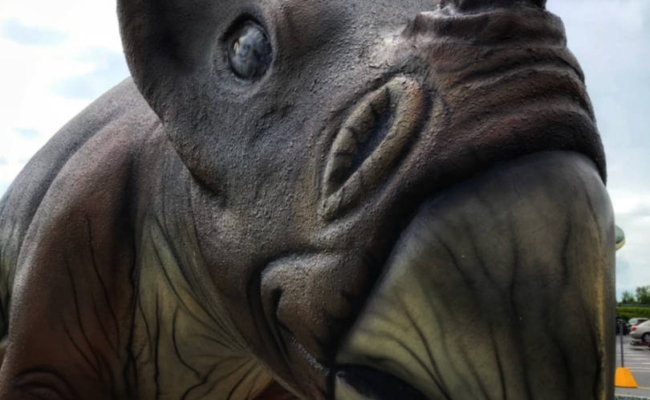 There are definitely more interesting routes that one can ride or drive from Ottawa to Sussex New Brunswick, however this was my fourth time making the trip and I had always done it in a single day, so I guess it’s kind of routine now, lol.

The final couple of hours of the ride were in full dark, and although my watch said that it was just a few minutes after 10:00 pm when I finally parked amongst the trees at the camping area that would soon see more than 40 tents set up, it was actually just after 11:00 pm local time. It always seems strange to me, but basically, as soon as you cross the Quebec/New Brunswick border there is a 1 hour time difference, even though this is a north/south border.

As a matter of fact you can travel FURTHER east in Quebec than you can in New Brunswick, yet still be in the Eastern Time Zone as opposed to being in the Maritime Time Zone that New Brunswick exists in.

It’s all very strange to me.

And that was pretty much it for day 1. Not overly exciting, and maybe 3 hours too long, but in truth Big Ethel, the second generation Suzuki V-Strom 1000 that takes me on my adventures is a really comfortable long-distance machine. So while I was certainly tired and more than a little road-weary I was not full of the aches and pains that less ergonomic bikes may have left me in.

It took all of 8 minutes to set up my tent, sleeping mat and sleeping bag.

It took another 3 minutes to fall asleep.

And I know there was a smile on my face.

The next few days were pretty much rally-oriented,  and I covered the rally in the previous post so next week the adventure ride-report begins in earnest. I did spend Thursday riding one of the self-guided tours (the Street Loop) that was included in the GPS tracks emailed out to all of the Fundy Adventure Rally attendees – some photos from that ride are below. It was a 300-kilometre ride through some of the most scenic pars of New Brunswick, hitting the routes less travelled. Just the way I like it. As a bonus, there were at least 4 cable-ferry crossings which I always enjoy. 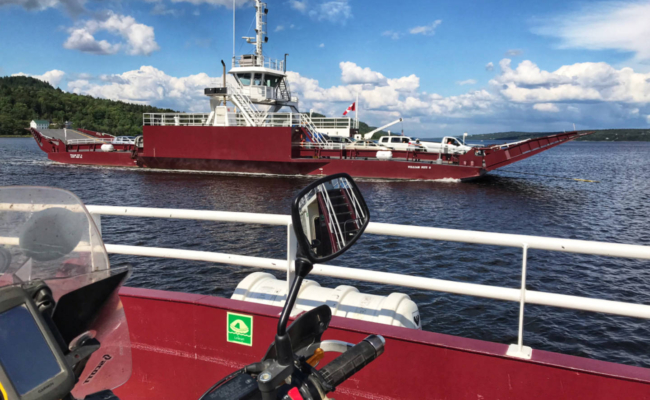 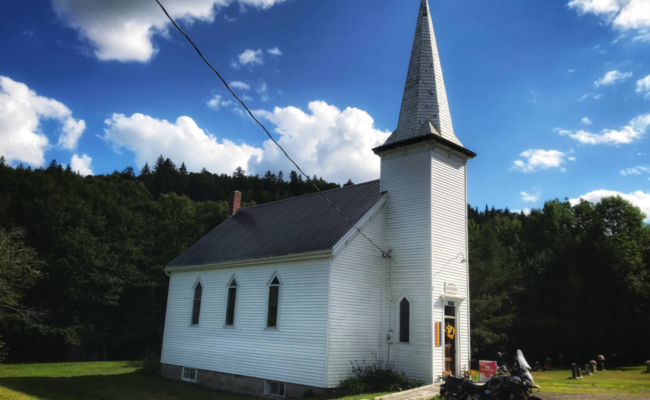 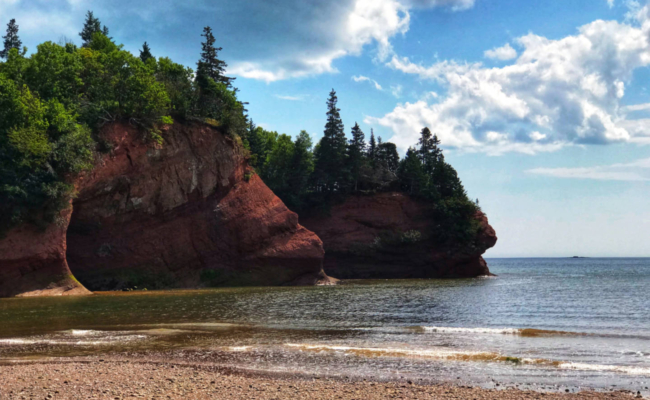 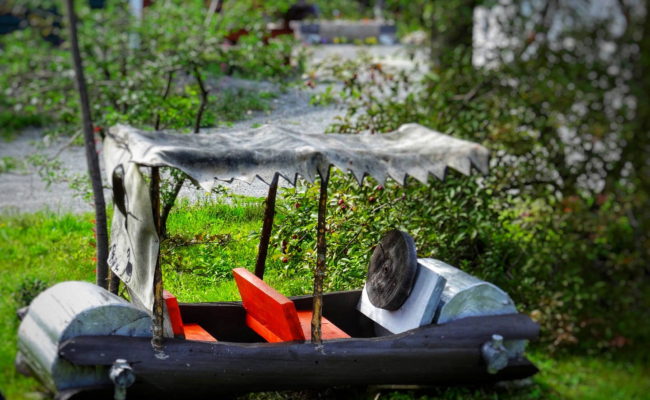 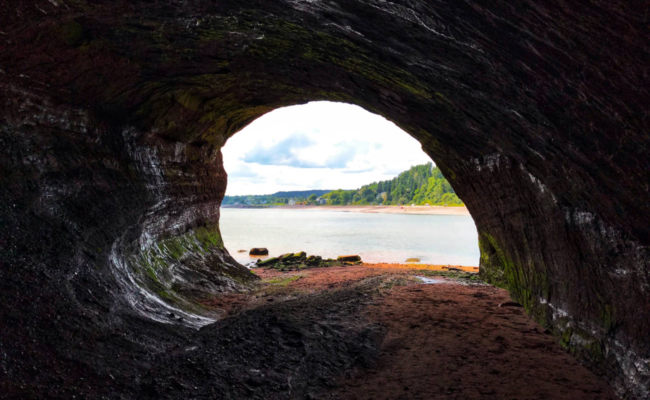 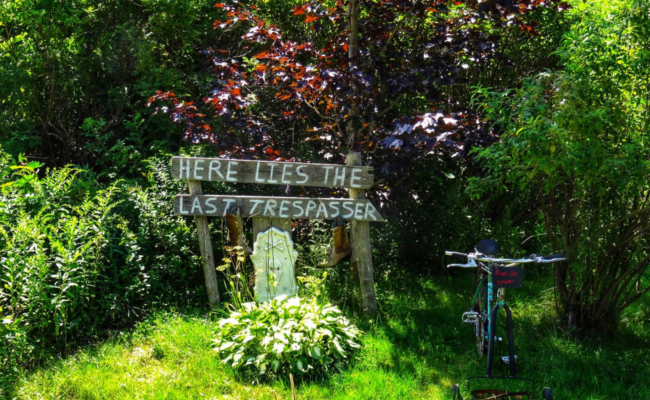 By the way – in light of the fact that we are rapidly approaching Thanksgiving here in Canada, I have a surprise coming for my subscribers. It is my way of saying thank you to you, my readers who choose to come along for the ride. So keep an eye out for those Friday ‘Advjoe Update’ emails – and please feel free to comment on what you have, and hopefully will continue to read.

Love the Flintstone car. You say it was along the Loop near Fredericton? Is that a rural area?

Hi Claudia – my apologies on the 2 year delay in responding – wow, I am sorry.
Yes, that Flintstones car is in very rural area of NB – unfortunately it has been too long for me to provide any details from memory, but I encourage you to ride (or drive) rural NB whenever the opportunity arises – it is gorgeous!
I do appreciate that you are riding along with me,

Still loving your photos – and the stories. Thanks Joe A new Bunch of puzzles!

I’m really happy that you are still riding along with me Sandy ? Thank you.

What a great first day! Looking forward to reading about the rest of the trip. And I’ll be borrowing your line about just being grateful to have a cup. Truth!

Hey thanks Colin. And yes, everything’s better with gratitude brother!
I appreciate you taking the time to stop by man.