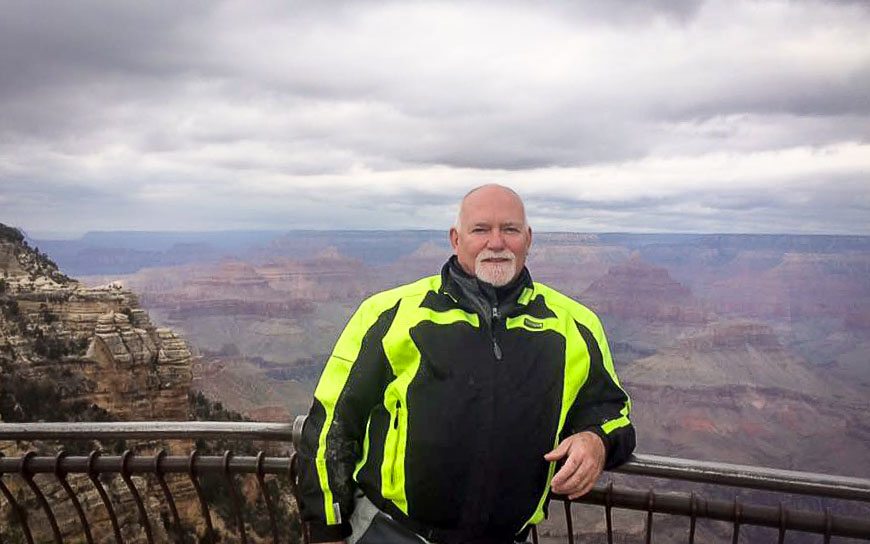 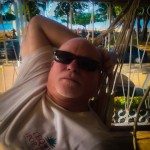 I’m on a weak internet connection on a beach in Costa Rica, so I may have to send this in parts. Life is hard. 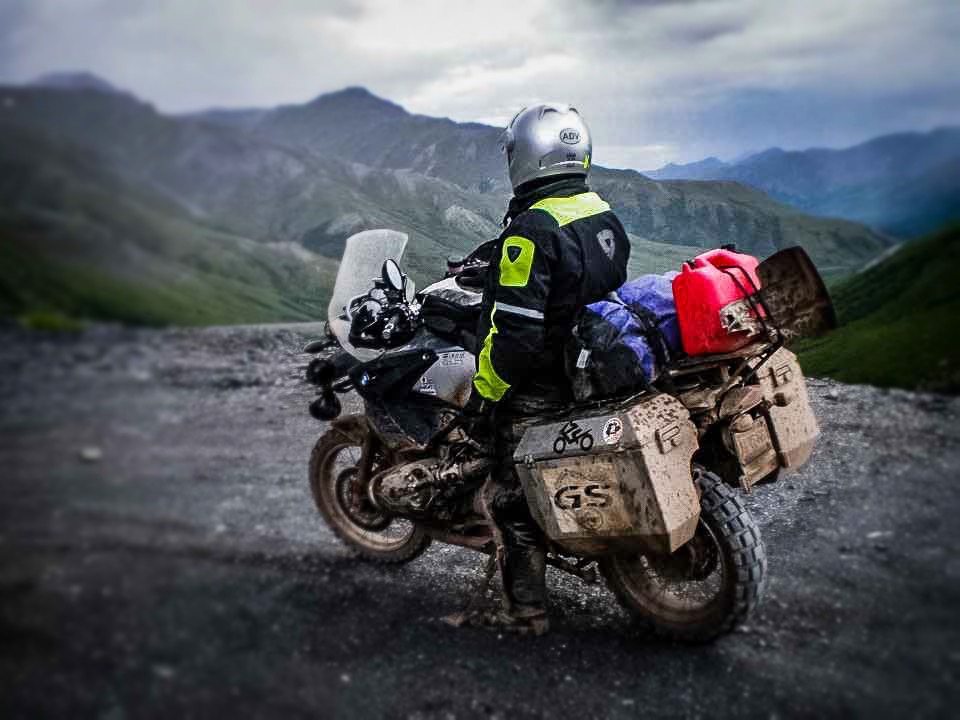 I started riding while in law school in the 80’s on a little CB400, and dragged that bike to Kodiak where I lived for four years. A few years later after I moved to Anchorage and really caught the bug when I bought an 1100GS in 2005. Eventually, I traded up to a 1200 I found in PA, got a one-way ticket and rode it home, stopping for a few days to visit relatives in MN.

ADD A V-STROM & SELL A MULTISTRADA

I soon learned I could break the monotony of family visits if I bought another bike to keep in the Lower 48. But one was not enough. I bought a V-Strom in Boston, flew to get it on Memorial Day and crashed it in the White Mountains of New Hampshire. Fortunately, for the great folks on ADVrider, a fellow inmate helped me out. We loaded the bike into the back of a pickup and stored it in his friend’s garage in Laconia once we realized I was struggling with a broken collarbone and bad concussion. Gary dropped me at the Boston airport and I laid on my daughter’s couch for 5 days until the dizziness went away.

Then hopped on a Multistrata I had parked in her garage for its maiden voyage 250 miles north where I have family. I hated that bike after I put 600 miles on it and put it up for sale. A year later a millionaire from Cincinnati bought it – after I just dropped the price $500. In the meantime, Gary put the new parts on the V-Strom and I once again flew to Boston where he picked me up and brought me to the bike in NH. (I never did learn the name of the guy in Laconia or his address where we stored the bike.) I beat hurricane Hugo by a half day and faced horrendous winds and rain in Canada, but I got the bike to MN and painted the rashed side. I made a couple of trips in Canada and out West on that bike, so it served me well. Except for the time I ran out of gas heading north from Sault St. Marie. For those who don’t know, there’s a big National Park there and a half tank of gas in a V-Strom will only get you 12 miles south of Wawa. 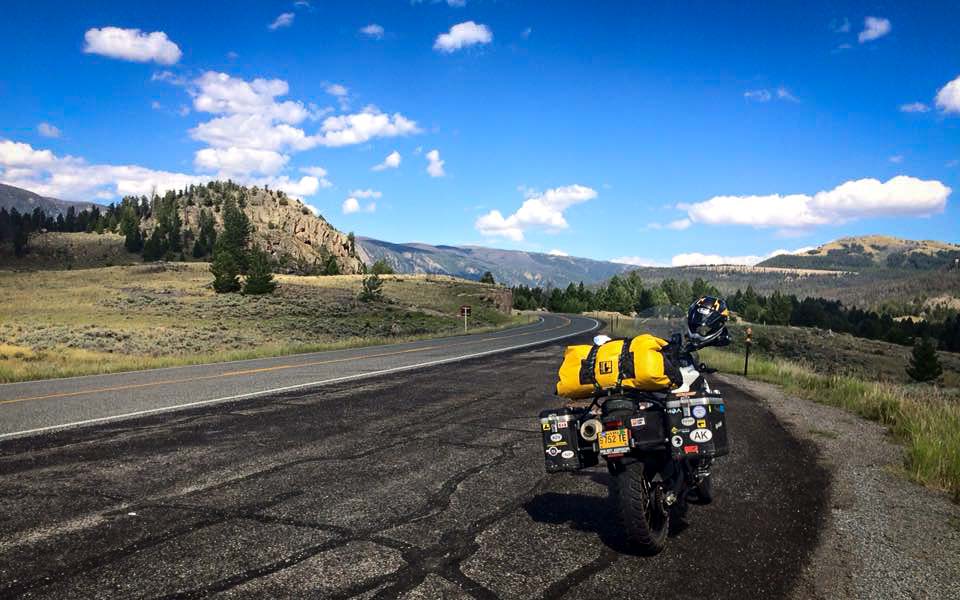 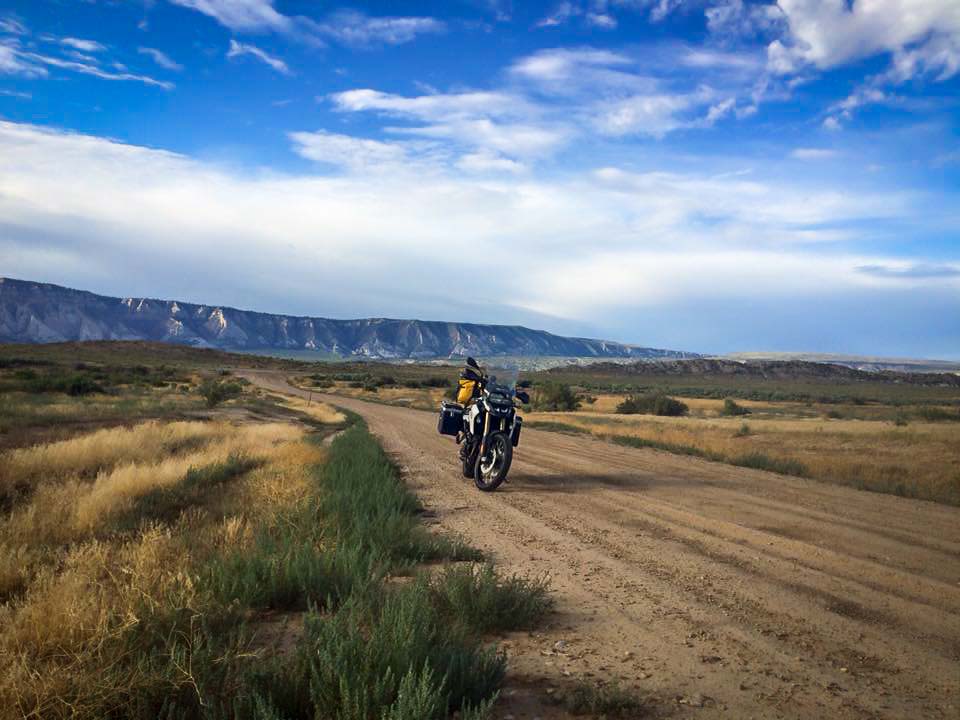 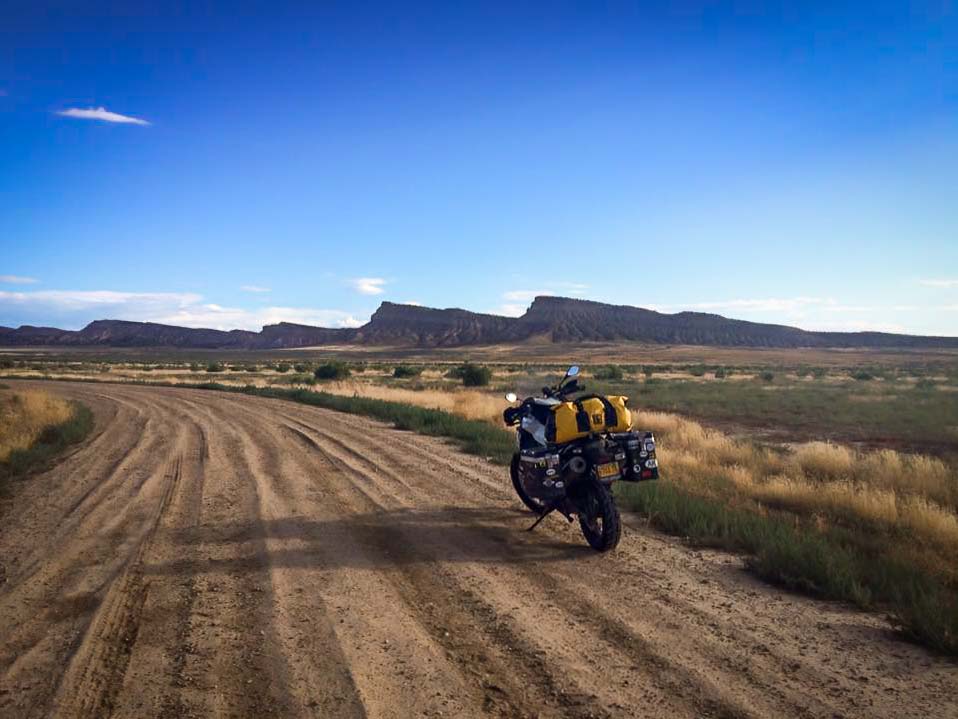 Sometimes the best planning doesn’t cut it and you need to roll with the moment. I planned a trip out West through the Black Hills, Bighorns of Wyoming, and crossing into Montana via the Chief Joseph Highway and Beartooth Pass. It was late May and the first weekend the pass was to open. (They cut through the snow and you can have 10-20′ of snow on the uphill side of you.) All winter my buddy kept saying he wasn’t going up if there was snow, and I agreed, although a lot of bantering went into pulling his POS Harley up there, bringing tire chains, etc. We had a marvelous time on the Chief Joseph, took a right at the “T” and got to a place that said “Top of the World.” He asked “Is this it?” I answered, “I don’t know – I’ve never been here before.” We kept on and finally got to some switchbacks. I pulled over to take a picture of the valley and clouds which were now below us. As soon as I got the pic a huge crack went off behind me and a torrent of hail and snow started dropping. I found my buddy turned around in a parking lot in several inches of snow and a near complete whiteout. We finally made our way down where we met some teenagers from India who had never seen snow before, our bikes covered in ice. I rode over Beartooth last summer and was able to confirm that POS Harley did make it to the summit after all.

YOU CAN NEVER HAVE TOO MANY BIKES

You can never have too many bikes. My problem is that I buy them to try them out. I was obsessed with the F800R when it first came out, so I got a deal on one in Denver and shipped it to Anchorage, where it arrived in the dead of winter. I hated the yellow color so I learned to paint. After a few tries and consulting my body shop guy, I got a nice light metallic silver. I put a Z-Tecknic windscreen on it, hand guards, crash bars and a ton of other Wunderlich parts, an SW Motech rear rack, and because I’m big on being seen, ADV Monster auxilliary lights on the front and hyperlites on the rear. By the time it was done, the bike show was approaching so I entered in the touring class. Never imagined it would win First Place but it did. I rode it over 100 miles of dirt on the Denali Highway but kept it for a couple years for weekend runs on the highway. Really was a fun bike.

But the mods don’t always work out as planned. When Honda reintroduced the CRF250 in the fuel injected, water cooled version of the CFR250L, they were selling cheap. I got rid of the plastic skid plate for a real one, put on a Seat Concepts seat to get rid of the plank, added a rear rack and handguards. Then I got the brilliant idea to get rid of the rest of the red parts to make it unique and found white panels and fender which I ordered from Thailand. After I got it all done, it looked just like a DRZ 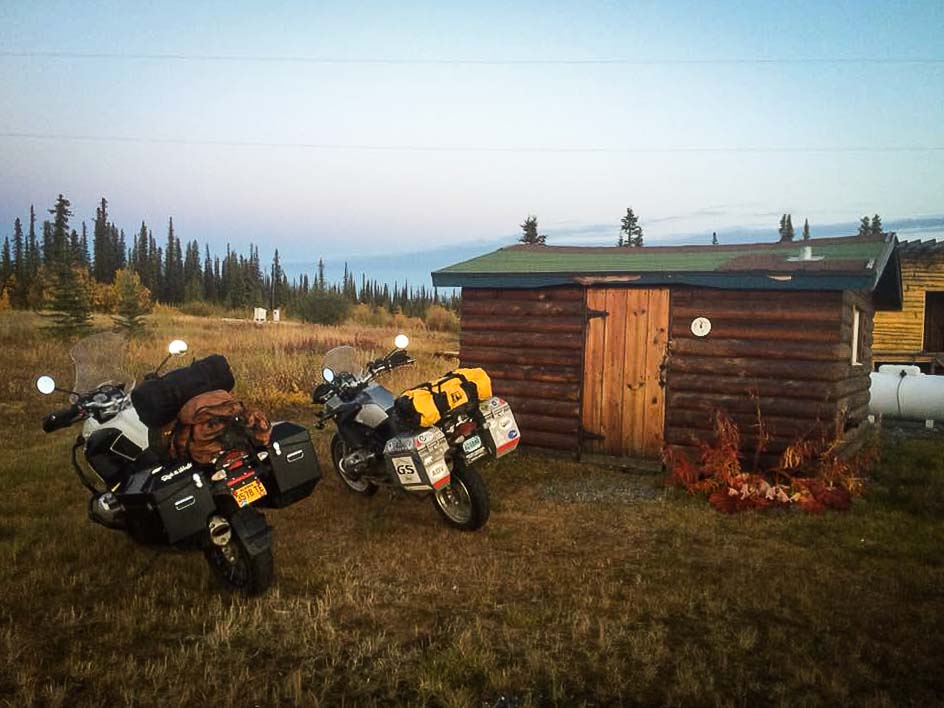 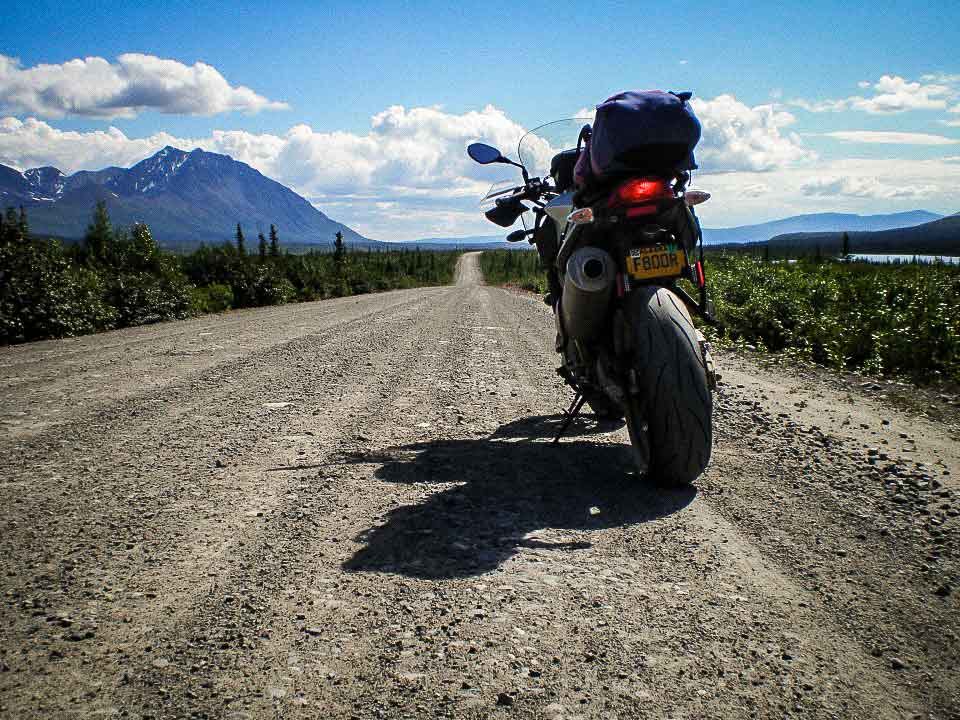 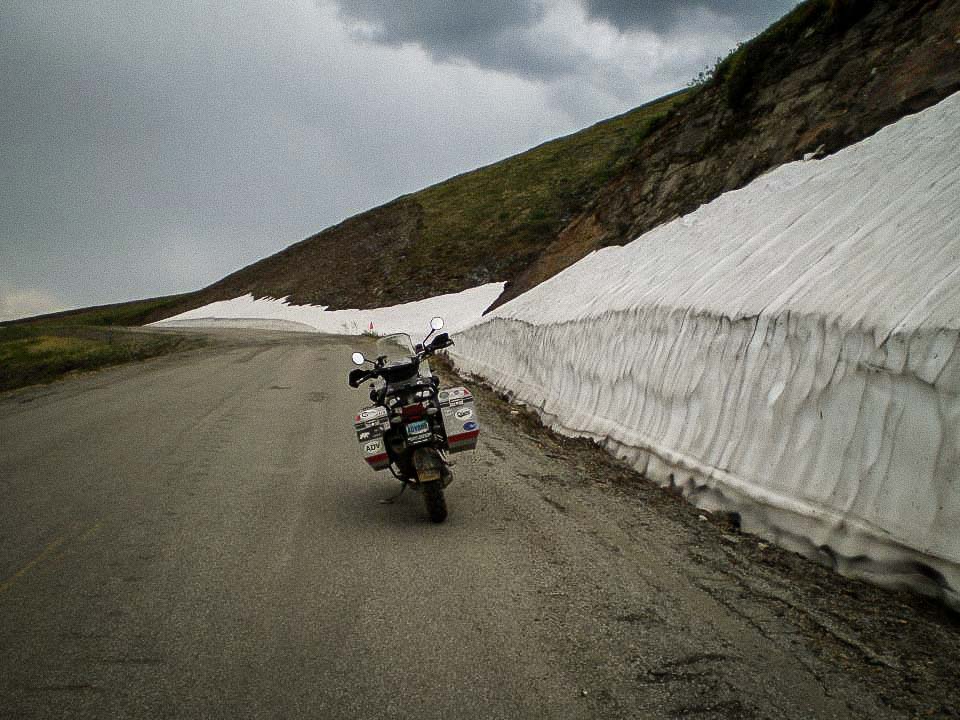 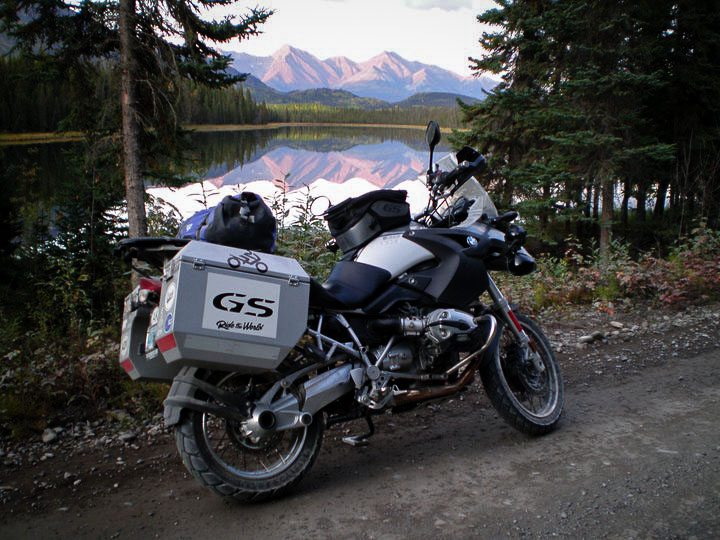 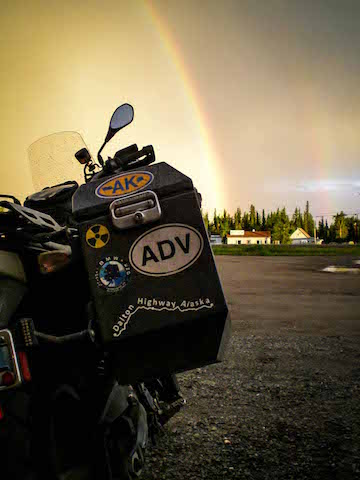 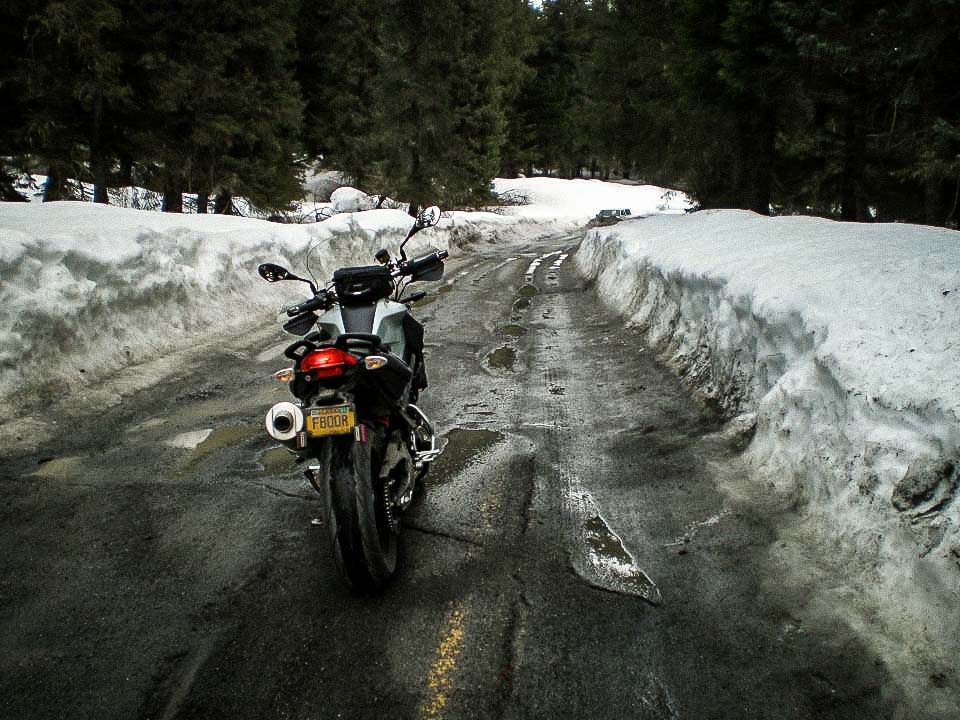 I lived in Alaska for 34 years, first attending the University of Alaska, running a wilderness guide business, then as an Assistant District Attorney and Assistant Attorney General. I had enough of work by last May 1 and now Every Day is Saturday. I’m splitting my time between Alaska, Minnesota, and anyplace I can get an airline ticket.

Alaska has been a wonderful place to ride. I keep my 1200GS there and an 800GS in the Lower 48 (parked in Phoenix for now). The Brooks Range is fantastic and is on the Dalton Hwy leading to Prudhoe Bay The coastal plain is mainly for bragging rights to claim you got to Prudhoe, but the best part of the ride really is the Brooks Range over Atigun Pass. Probably my favorite ride is the Denali Highway which parallels the south side of the Alaska Range. About 105 miles of it is unpaved. I try to ride it a couple of times each year, and also like to get down the Kenai Peninsula to Homer a few times per year, as well. I didn’t have enough time last summer to get back in the Wrangells to Slana so it’s on my list for this year when I’ll have about two months to ride Alaska I also ride to Dawson, YT, every year over the Top of the World Highway where about 300 riders from all over gather for the Dust to Dawson (D2D). This will be the 24th year and it’s turned into quite the fundraiser for local charities, and quite a party. You would think a fundraiser would stick to something you’d see on a GoFundMe page (or to the ideas on https://www.gofundme.com/c/blog/organizations-help-with-funeral-expenses), but no, it can get pretty wild.

After the Ecuador trip, I plan to head down Baja in late February where a good friend has a place, then to Anchorage for three weeks. I’ll pick the 800 up in Phoenix again in April and head over to Rawhyde Adventures in CA for some training – yes, I should have put that on the list last fall before Ecuador and Baja! A few friends from Alaska competed in the third stage of the GS Trophy Cup Challenge there in October so I shipped the 800 to LA and joined them for moral support. I was very impressed with the quality of the organization. In May I’ll run the 800 to MN, then decide whether to ride it to Alaska in June. It’s more suited to Alaska and I’d rather have the 1200 in the Lower 48 anyway. Besides, two trips on the Alcan could be good for the soul, and I have yet to see the Cassiar if I want to change things up a bit.

That’s about it. I did a pretty exciting solo trip through Slovenia, Croatia, and Bosnia a few years ago, but I’ll leave that story for another time.

Still got that Ross mountain bike?

Roger says: That was 30 years ago – I have no idea what happened to it!