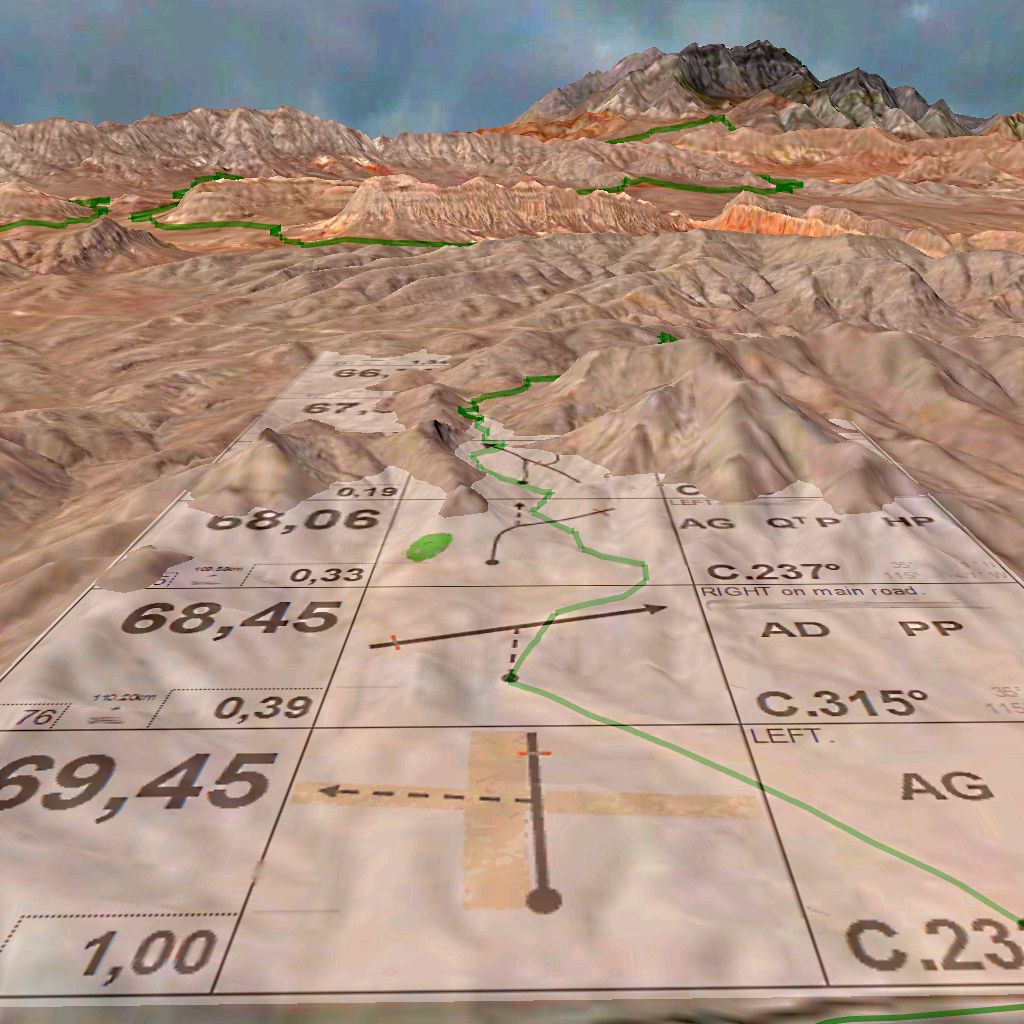 Navigation is what sets rallying apart from other types of racing. Every night, Dakar riders receive a rolled-up Roadbook that provides the next day’s navigation instructions. Riders pour over the details and mark-up the Roadbook with a highlighter. Navigation skills, concentration, and stamina are crucial to rally racing and can make all the difference in the final standings. Laia Sanz noted that winning the Dakar is not about being the fastest but the most consistent.  A statement proven in the very first Dakar Rally in 1979 when Cyril Neveu won the event without winning a single stage or special section. 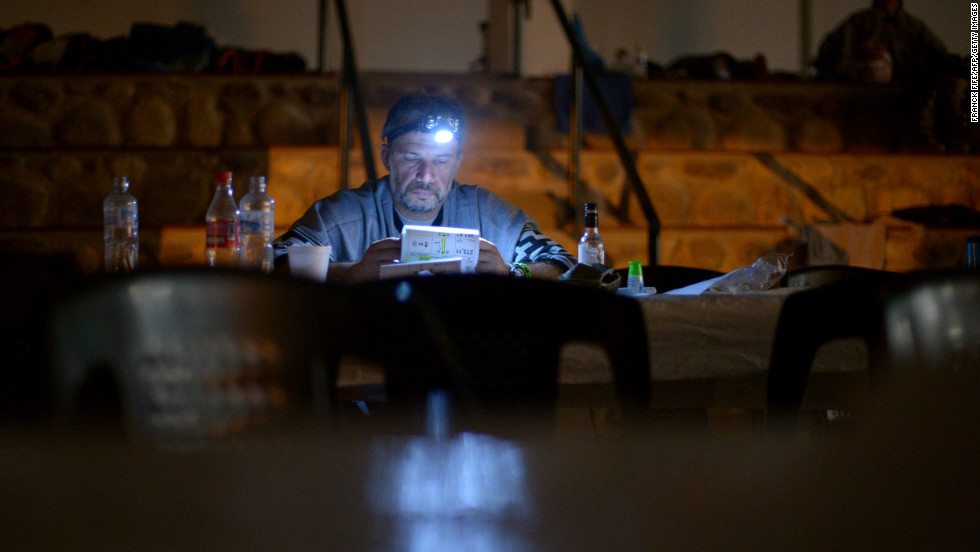 The Roadbook is scrolled onto a backlit Roadbook Reader with an electric motor on a handlebar switch. Since Roadbook Readers tend to be one of the most frequent mechanical issues Dakar riders experience, readers are also equipped with a backup manual turn knob. A quality reader and experience in repairing it are definitely assets to a rider. 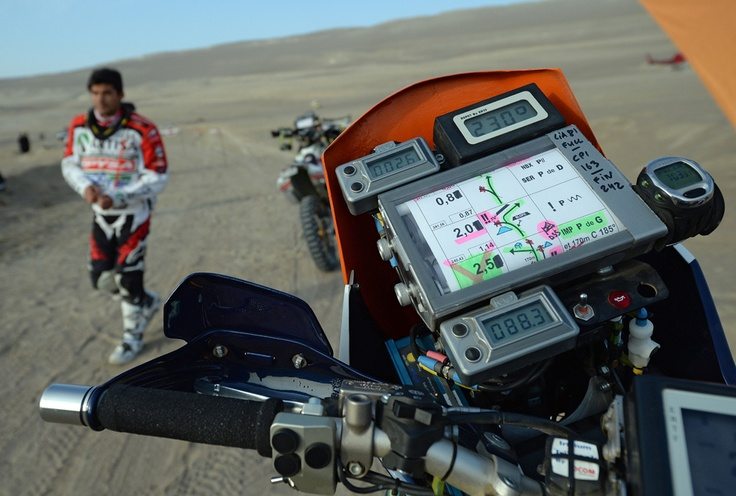 The Roadbook scrolls the route’s directions across rows with three columns to facilitate navigating the sections of the rally.

Column 1: The large number in the first column shows the total kilometres into the section and the smaller number is the number of kilometres from one item to the next. 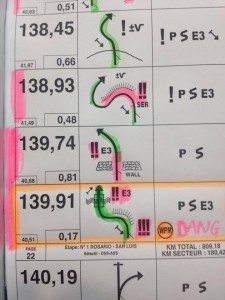 Column 2: In the center column is the “tulip.” The tulip is a graphic representation of terrain and landmarks to be encountered in that row.

Column 3: The last column provides additional information about the tulip. It relies upon a lexicon of about 100 symbols that riders must memorize. Each year, the Dakar organizers update the list of symbols. The Dakar rider handbook recommends that riders make up flash cards to help memorize the symbols. Hazards such as cliffs, boulders, holes, etc., are marked with exclamation points. A single exclamation (!) is usually not too much of a problem, but a double (!!) or triple (!!!) could kill a rider. 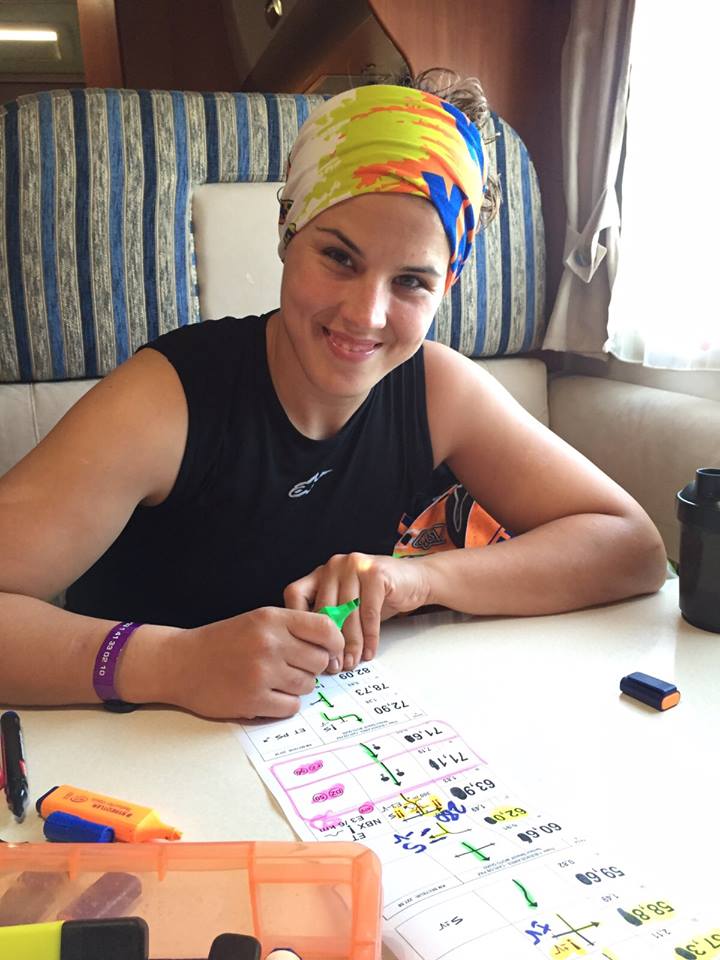 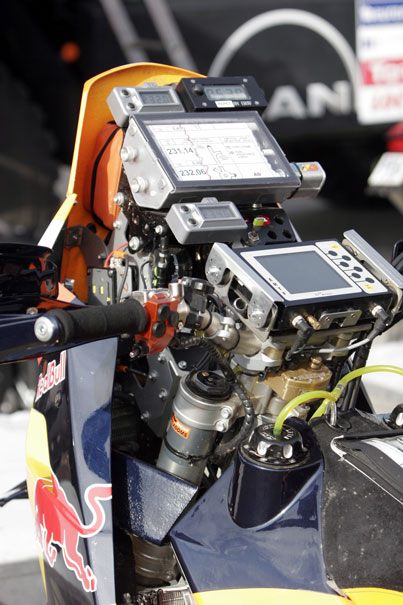 FROM TOP,
LEFT TO RIGHT

ICO: This is a trip meter and odometer controlled by a switch on the handlebar. Most riders outfit with two ICOs with one as a spare, or as a backup in case they make a resetting error.

CAP & SPEED REPEATER: This unit connects to the GPS and displays the CAP (compass) heading and speed. These devices are used because they display key information higher up in the riders line of sight.

ROADBOOK AND ICO TOGGLES: Positioned on the handlebar, these toggles allow the rider to advance the Roadbook as well as set and re-set both ICO units.

GPS – IRITRACK: This GPS has very limited functionality for navigating. Essentially it only provides a rider’s CAP heading. It may also give a directional arrow once the rider is within a certain range of a waypoint; however, the rules on this can change from year-to-year. Since the GPS has such limited functionality, riders must rely upon 3 sources of information when navigating the route: