Living With a Local 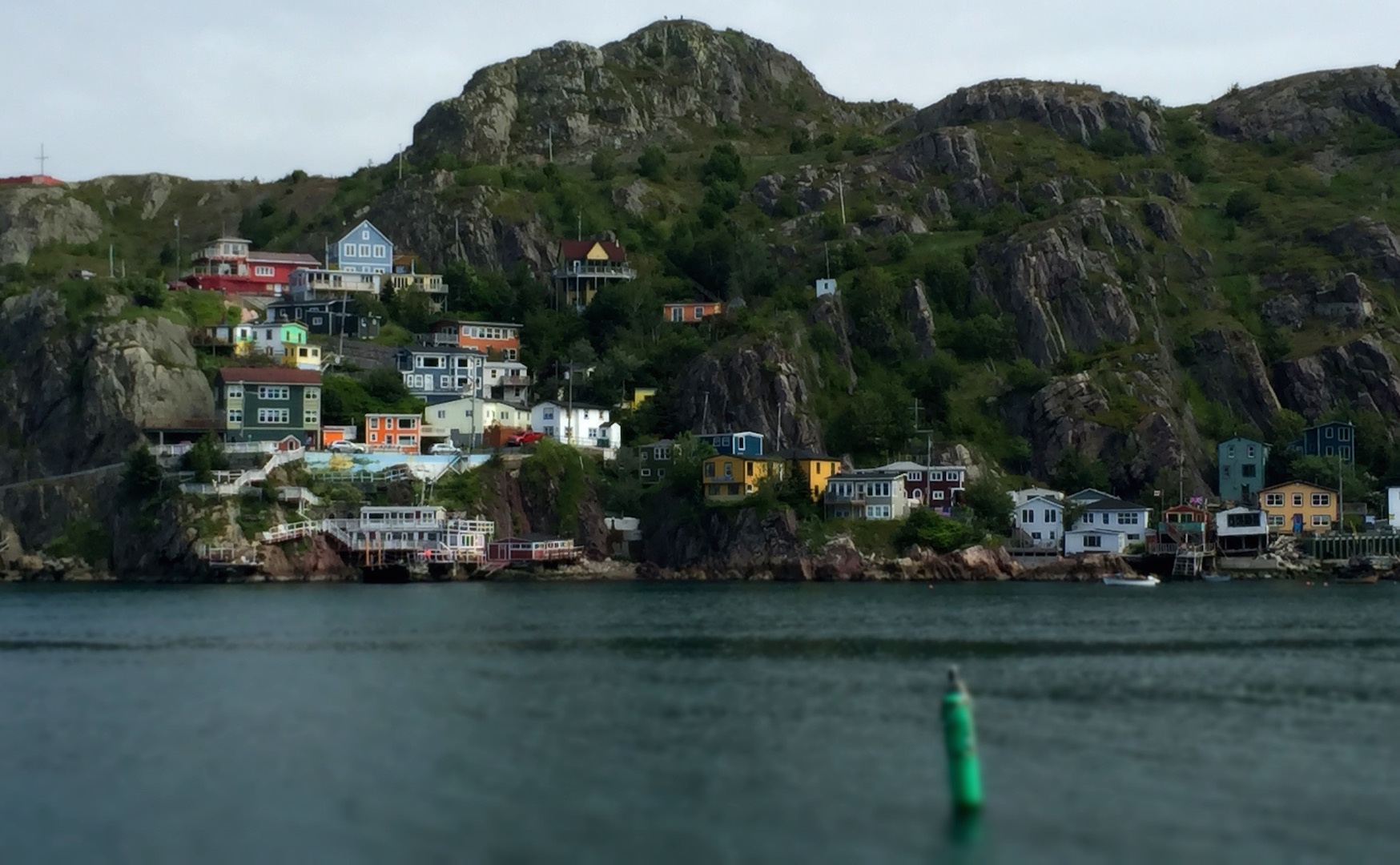 I got up early Sunday morning, had a wonderfully hot shower and some breakfast, and then sent a text to Jeff to let him know that I was on my way over to Murph’s house (or damurph, as he is known on ADV Rider)

Upon arriving I found myself thinking “I shoulda just stayed last night.” Damurph is one of those  characters that you immediately feel that you have known for years.

I liked this guy right from the get-go!

Dave, as I came to find out, is a bit of a local personality and somewhat of an ambassador to motorcycle adventure travellers.

He opens his house, and his province to motorcycle riders who have made St. John’s, Newfoundland, one of the stops on their adventure.

Dave likely knows more about Newfoundland and it’s history than any other islander. I can only hope that the teachers in Newfoundlands public school system know a portion of what Dave knows. It is a province full to overflowing with incredible history and lore, pain and hardship, joy and life, and I would like to think that the stories that we heard will continue to be told for many generations yet to come.

Dave has an ability to tell you a tale that is packed with information and engagingly humorous enough to keep you wanting to hear more.

From the resettlement of dozens of communities during the 1950’s and 1960’s, such as Long Beach, La Manche, Spout Cove and Deep Harbor, where entire fishing villages were either moved or abandoned when the government decided that services would no longer be provided to these ‘outposts’ – to the idea of community and togetherness that is so prevalent here (and so often lacking elsewhere in Canada, now that I have seen firsthand what community really means) – Dave filled us with the history of the province that he so clearly loves.

He also took us on a tour of the Avalon Peninsula, giving us a true taste of east coast life, and livelihood that we would likely never have experienced on our own.

damurph with Jeff and Michael on the East Coast Trail. 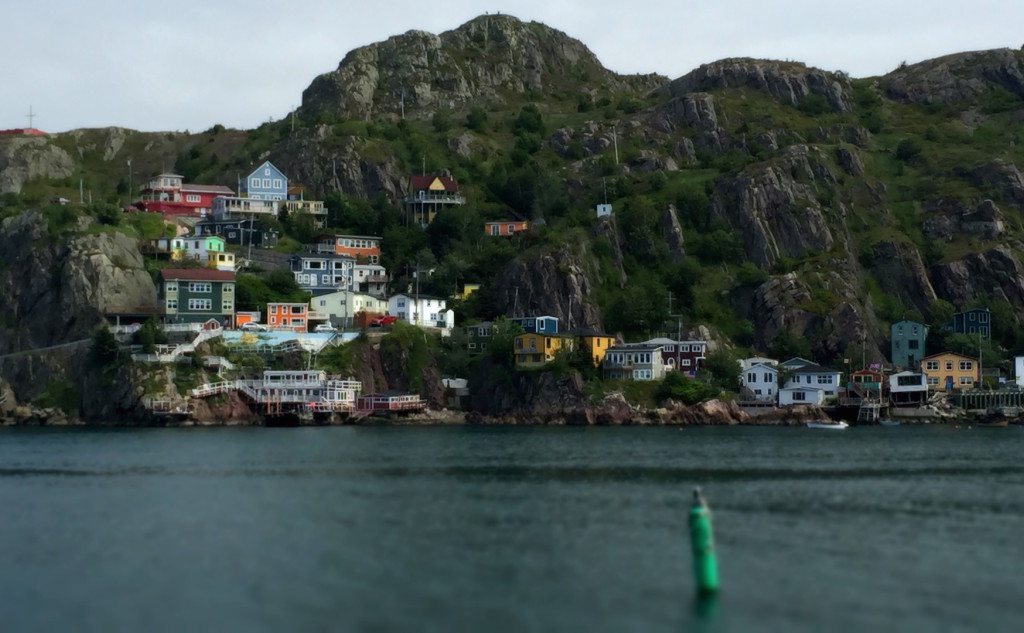 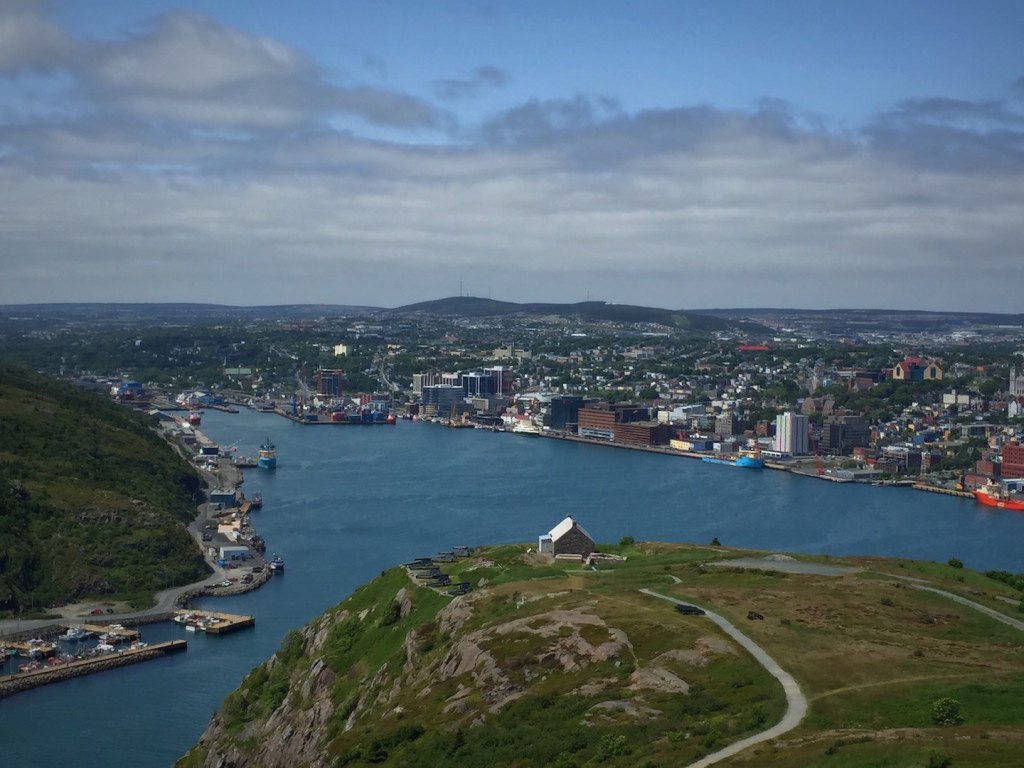 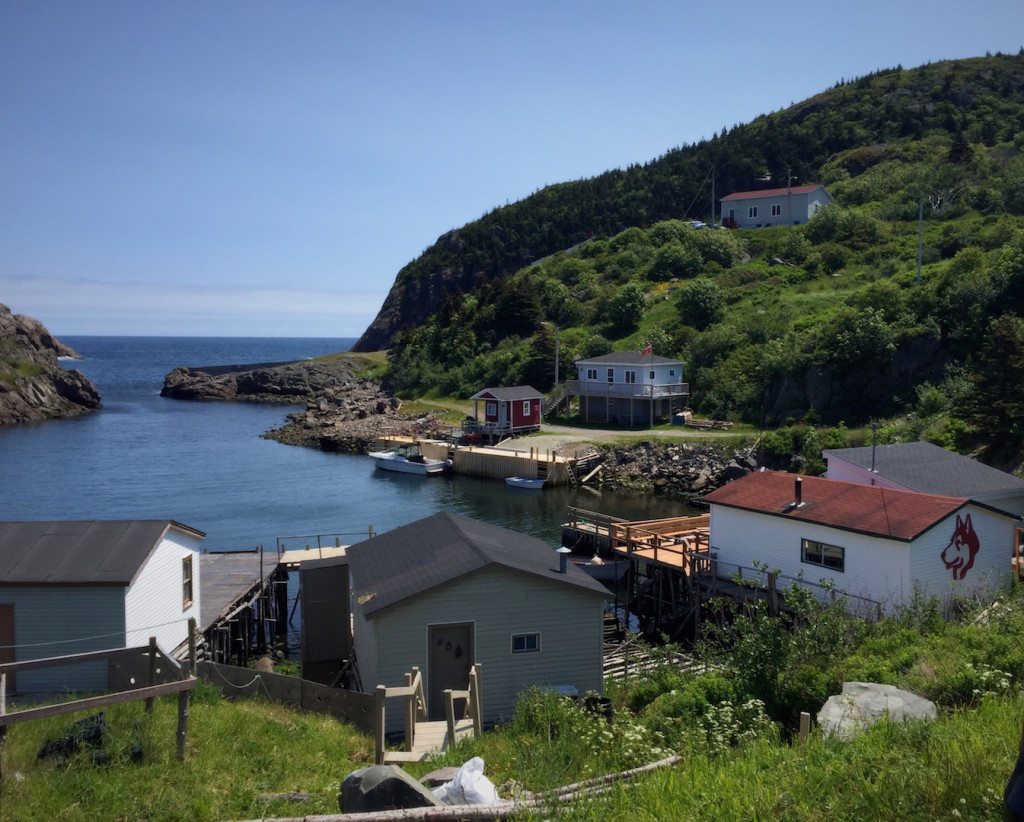 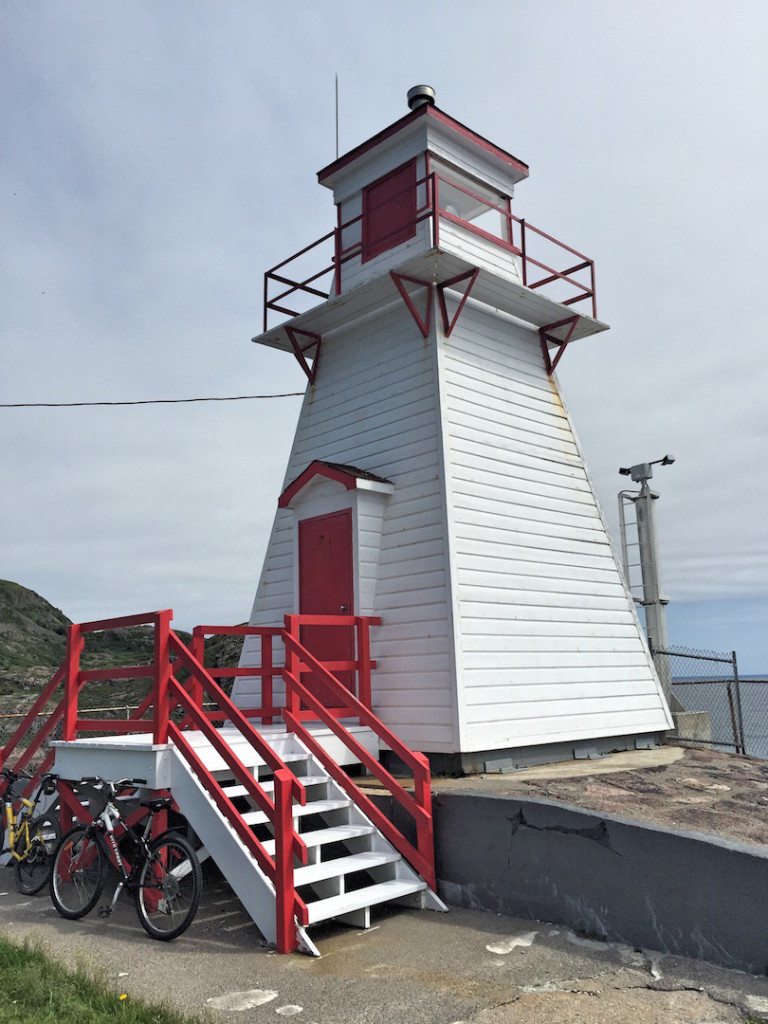 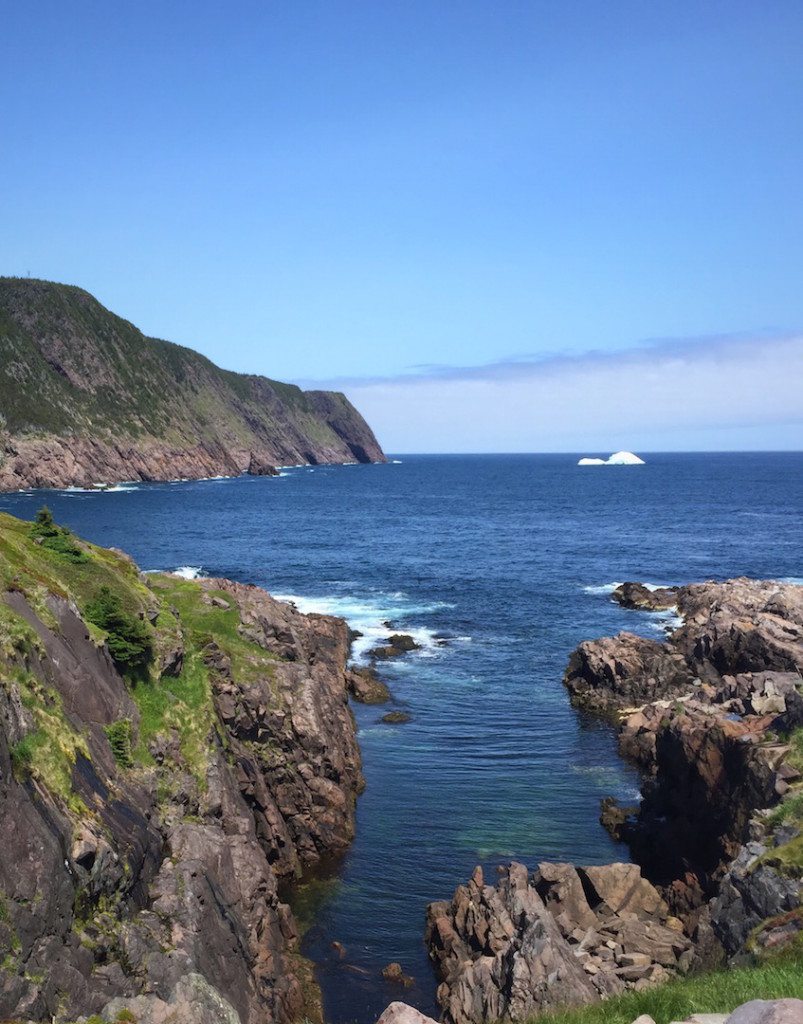 Iceberg in the Harbour 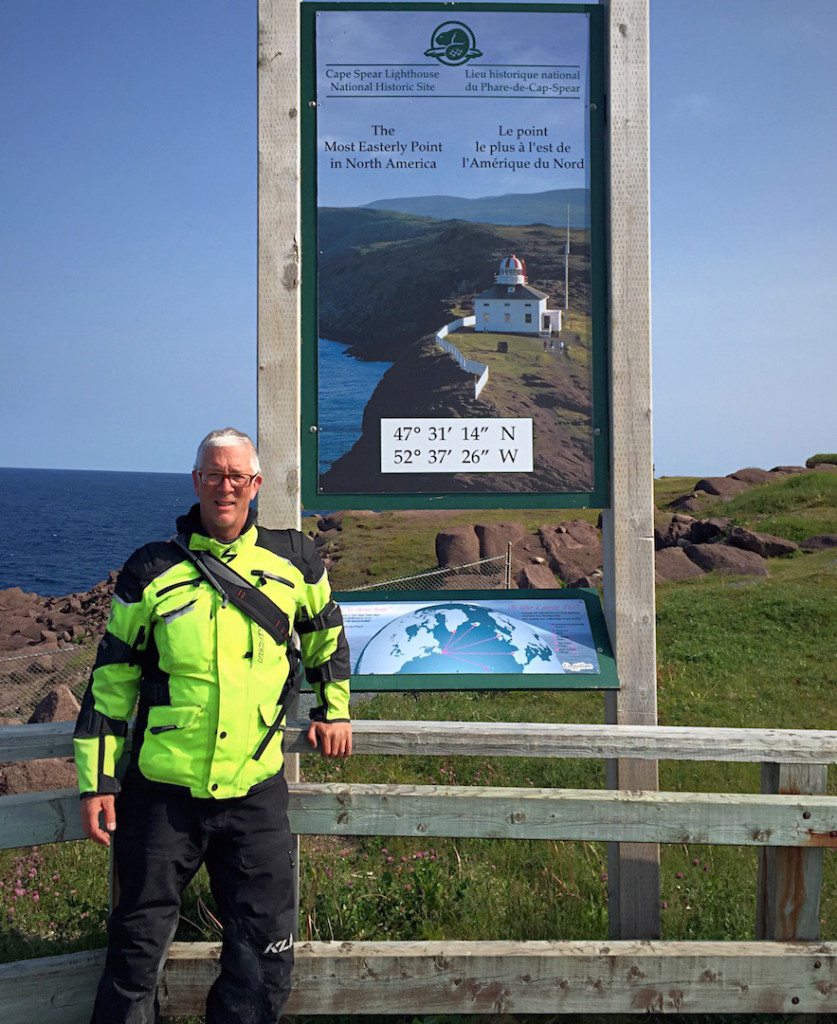 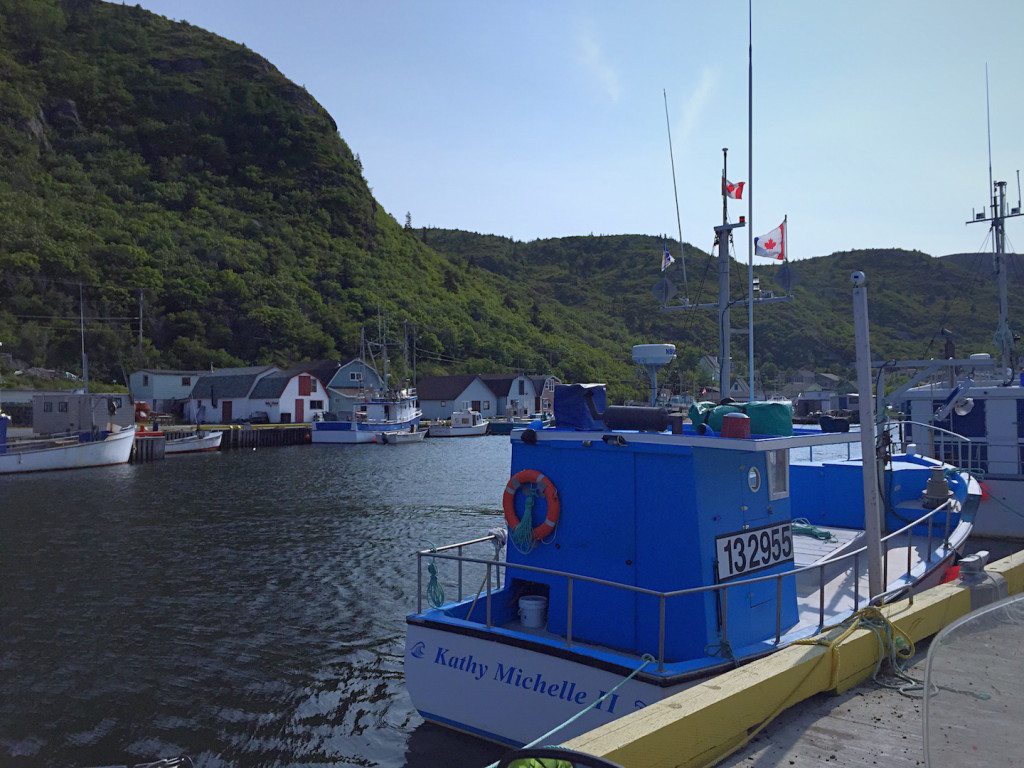 Each stop at a cove or a harbour or a bight found us learning about the history of a particular community – and believe me, there is a history to each of them.

Dave’s knowledge of local lore may be exceeded only by his kind heart, but this subject has been covered by many an adventure rider before me. Damurph has been opening his home up to travellers for years and years, so I will not go on and on – but I will say this:

It is people like Dave that keep people like me and my riding companions seeking out new adventures. Our tour today brought an awareness – and will provide memories – that I will cherish for the rest of my days.

Maybe, if I am lucky I will be able to fashion some of what I learned into my own life, and way of living. That would be a wonderful thing, in my opinion.

Thank you Dave. I will be back, my good man.