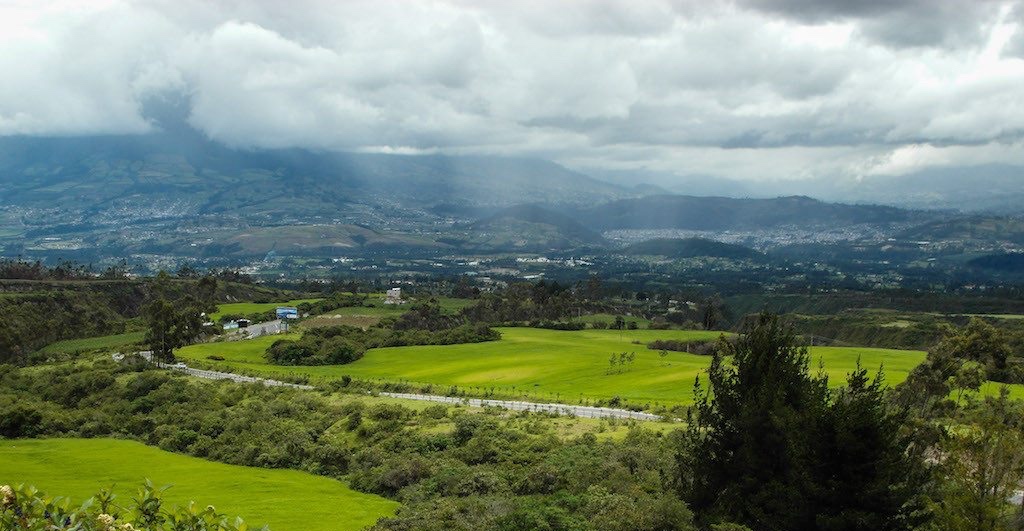 The ride back to Quito was painful – but bearable. I tried to lay as comfortably as I could across the back seat, favoring my right side and grunting in pain at every bump.

There are a lot of bumps on Andes mountain roads.

It took us a little over 7 hours to return to Quito. Court’s guys dropped me off at the hotel, and I immediately had a steaming hot shower, then lay down for a nap, waking a couple of hours later – around 3:00 pm.

I was in enough pain to know that I needed to go to the hospital.

I gave the cabbie a $5 and walked into the hospital, approaching the information counter to try to explain my situation.

The young lady behind the glass spoke no English, but in the end, pointing to my ribs and then holding my hands close together, palms down as though I was holding a stick and then miming a breaking motion was all it took to get me to radiology.

I went through the same scene with the clerk behind the Radiology reception window, and within 3 minutes a radiologist came out to see me. She asked for my passport in perfect English and proceeded to ask me to tell her why I was there.

I explained that I had been in a single vehicle motorcycle accident, and that I was pretty sure that I had cracked a couple of ribs.

The doctor asked me to take a seat, saying that I would be seen shortly.

In less than 5 minutes I heard a voice call from down the hall: “Jose!”

I looked down the hallway to see a tiny man in a white lab coat beckoning me, and off I went to get X-rayed.

The X-ray technician took 6 scans and then asked me to return to the waiting room, and within another 5 minutes the radiologist came back out to see me.

I am sure that I smiled quite broadly as I exclaimed “oh that’s fantastic – I only bruised a few then?”

To which she replied “No, I also have bad news – you’ve broken 2 ribs.”

I could not possibly contain myself, thoroughly impressed with her brazen bed-side manner, and I began to laugh quite hard. Which led to almost crying, it hurt so much.

“You see how painful this is, yes? Coughing is worse, and you really do not want to sneeze.”

It was at that point that I decided that I would one day retire to Ecuador.

The radiologist continued to smile her beautiful smile and offered me her treatment plan, which basically consisted of “do not sleep on your right side, try not to cough, and do not sneeze. In about 6 weeks you will be fine.”

She asked me when I planned on travelling back to Canada, and I told her that I was flying in 2 days.

“Oh, well then you must see an emergency doctor to be cleared to fly.”

Thoroughly impressed with my hospital experience in Ecuador to this point, I saw no reason to stop all the fun and followed the radiologist back upstairs to Emergency where she handed me off to two nurses and went to speak with the doctor.

To shorten the tale, the emergency room doctor cleared me to fly and gave me 3 prescriptions: one for an antibiotic, another for a muscle relaxant (Voltaren) another one for a breathing device known as a concentric spirometer  – basically a plastic box with 3 plastic balls inside of it that I had to inhale upon to keep the balls floating in the device. I had to take long, slow, deep, lung-filling breathes to do so, and I had to do it every hour on day 1, and then every 2 hours for the next 14 days. 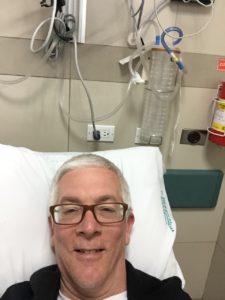 All told, I was in the hospital for 1 hour and twenty minutes, entry to exit.

If I was a resident of Ecuador, it would have cost me nothing.

I was treated with utmost respect and I received top-quality medical attention for less money than I spend on a pair of jeans back home.

My opinion of the health care system in Ecuador = A#1. I have absolutely no concerns about managing my health and well-being should (when) I decide to move to Ecuador.

Which kind of brings us to the closing paragraphs of this written account of the Ecuador Adventure.

The guys all returned to Quito the next day, which was Saturday. They arrived one at a time at the hotel, and all were smiling, having just experienced a week’s worth of off-road riding in some of the most incredible locales in the world and still pumped full of adrenaline. We all chatted, and shared stories and pictures, knowing that this was very likely to be the last evening that we would all spend together.

Yun, David and I went out for dinner together. Roger, Indiana and Flash all went off on their own, each wanting to satisfy their own palates one last time in Quito.

The next morning saw each of us spending some time alone with our thoughts, coming together in one’s and two’s for a chat on the lawn in front of the hotel, enjoying a coffee, dreaming and already reminiscing . . .

I spent some time talking with Roger. He is someone that I think I would really enjoy spending some more time with on another motorcycle adventure. We have a similar personality and a similar outlook on life. As a matter of fact, Roger noticed that I was reading ‘The Dharma Bums’ by Jack Kerouac and proceeded to tell me about his experiences with some of the characters in the book. Serendipitous?

Maybe, one day,  I will have the opportunity to write another one of these adventure blogs about my trip up to Alaska. If so, I will look Roger up. And ask him to tell me a little more about Japhy Ryder and the crew . . .

I hope that you have enjoyed the read. I cannot really describe to you how much I enjoyed the adventure. Let’s leave it at this: I expect that one day, in the not too distant future, advjoe will be writing to you from somewhere high in the Andes. And every once in a while I will drop in on my new-found friends who helped to open my world to include the experience of adventure riding in Ecuador, Court and Sylvain of Ecuador Freedom Bike Rentals.

Ok, enough reading. Get on your bike – and RIDE!