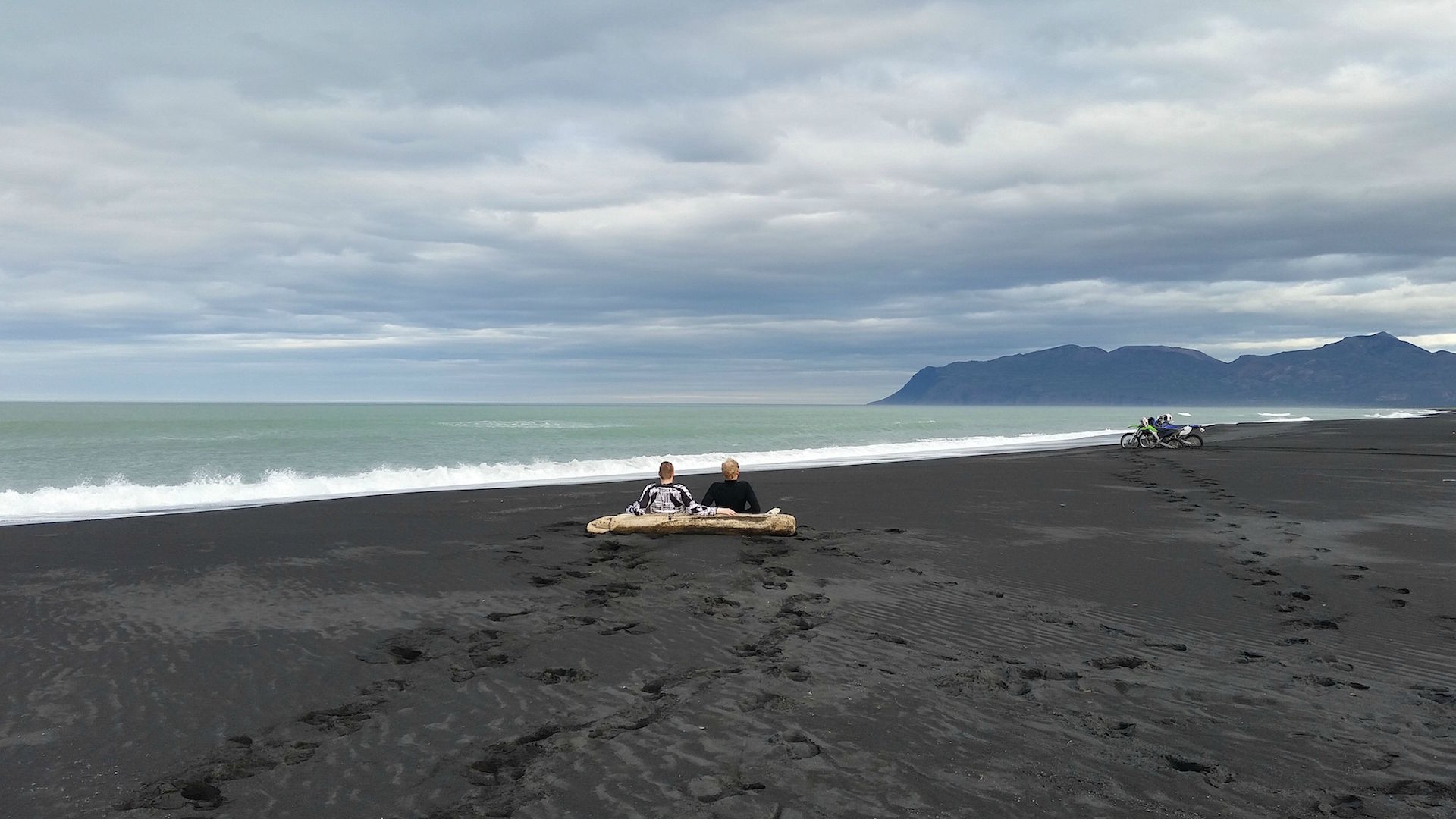 While browsing r/motorcycles, we stumbled across an amazing photo of a Yamaha WR450 bogged down on an Icelandic beach. We pm’d the poster and asked his permission to repost and invited him to write a short piece. Not only was he kind enough to oblige, but he sent along another sensational photo that perfectly captures the brotherhood of riding.

Beached In The Black Sand Of Iceland 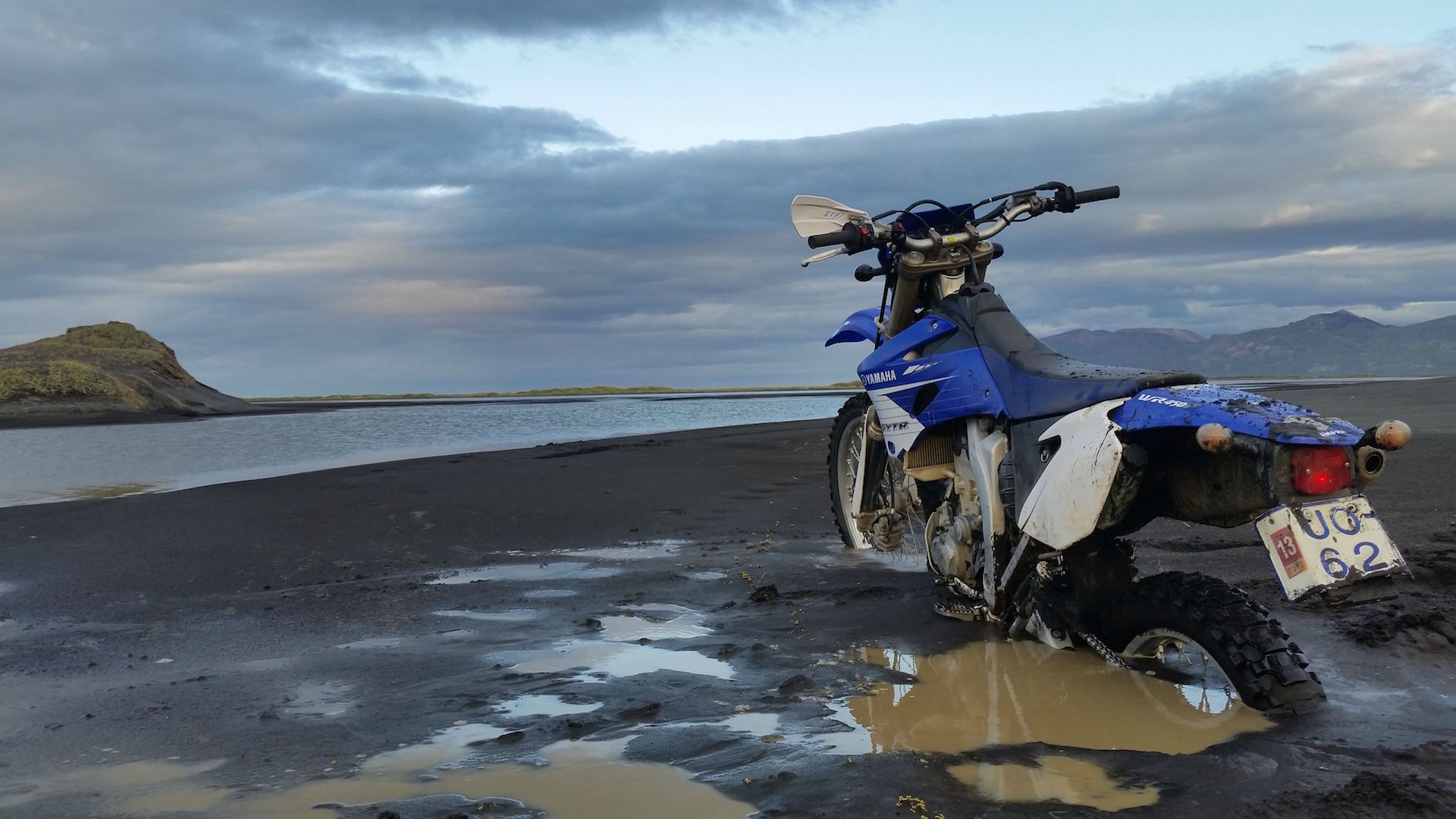 I took my friend John, who had never ridden a bike before, to Héraðsand – one of Iceland’s beautiful black sand beaches. I lent him my Yamaha WR450, recited some advice I got from this Iceland packing list over at Rent.is about insects and clothing, taught him the basics of the bike, and let him figure out the rest.

There’s a river that runs into the bay with big shallow puddles where the river overflows onto the sand. I rode into one on my Kawasaki 250f and it turned out not to be a typical puddle. The 250 nosedived into the water at a 45° angle and the handlebars went underwater. Thankfully the airbox stayed in the clear.

I looked for John and saw he had already noticed what has happening, but was having a hard time getting his bike to stand upright with the kickstand in the wet sand. John dug his rear tire into the sand and ran over to help me drag the bike out of the water.

When we finally got the bike out we walked towards the Yamaha WR450. Right away we noticed that it had sunk a lot deeper into the sand and the bike was completely unmovable. After 20 minutes of digging and rocking the bike side-to-side we finally broke free from the sand so we could lay it on its side and drag it out of the hole. This was one of those occasions that we wish we had got an iceland car rental so that the journey home would have been a less tiring and more comfortable one, after such an arduous day.

Tired and sweaty, but with big grins on our faces, we called it a day and rode home.