Suzi: The Suzuki DR650 Riding in the Limerick Forest 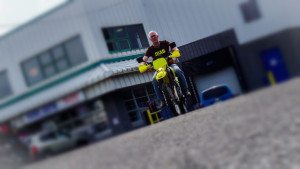 Last weekend I picked up my new (to me) Suzuki DR650 from my new friend, Flagman, in Montreal. She spent the week at the the dealership where I get all of my maintenance and repair work done – Motor Sports World – getting safety checked, new rubber, chain and sprockets replaced, and a clean bill of health.

And today was the day where we got to know each other a little better.

I spent a few minutes bolting on her Ontario licence plate, as well as an aluminum skid-plate, at 0730 this morning, and by 0815 we were gallivanting down River Road towards the Tim Horton’s in Manotick where I was to meet up with my buddy Jason.

We were going to go out and spend the day in the Limerick Forest, a favourite riding area of mine.

You may recall reading in my other blog, What I’ve Learned Along The Way that Big Ethel and I have spent quite a lot of time riding in the Limerick – there are even a couple of videos out there in YouTube land I believe, but in truth they are pretty boring.

Today, however, was anything but.

Now, understand that Jason is a friend of mine. We have ridden together on a several occasions and I have always enjoyed it. Jason is a good rider, but he is not a dangerous rider, so I felt very secure in having him lead the way while my new mount, Suzi and I, followed his track. 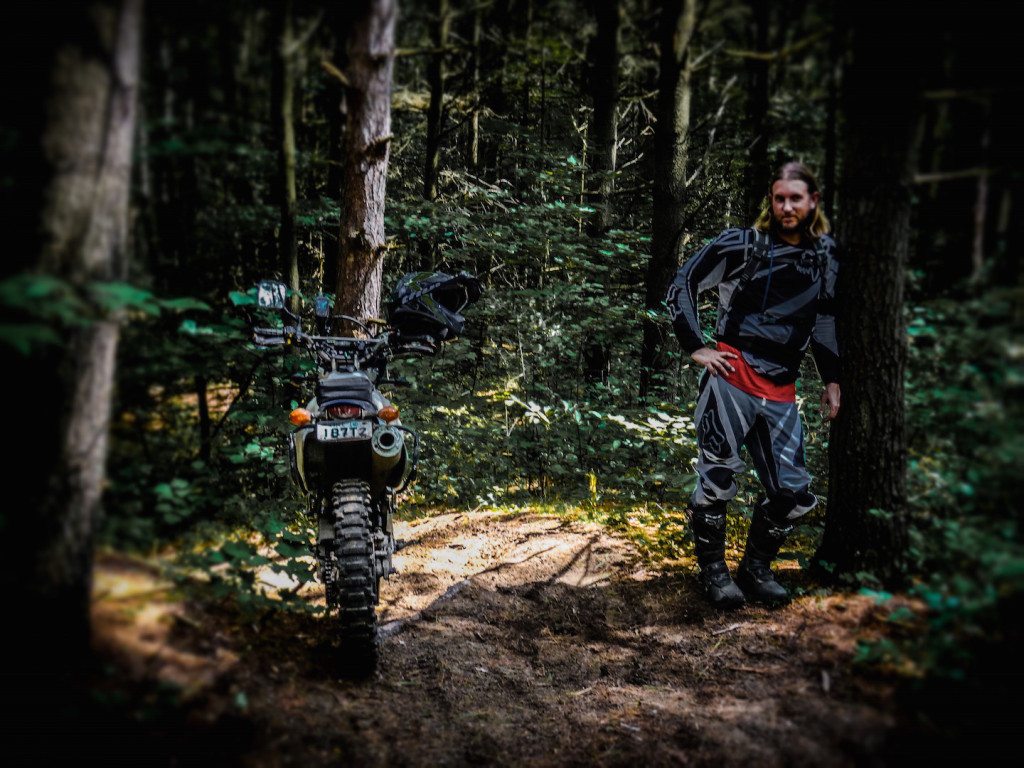 Ya. My opinion of Jason began to change rather quickly. I guess he decided that trial-by-fire was the only way to go, because less than 100 meters after entering the Limerick forest on a two-track, ATV-type trail Jason, on his DRZ400, had veered off into the woods on a single track rut through trees barely wide enough to allow my handle bars to clear.

Muttering under my breath while doing my best not to lag too far behind, I finally decided to just relax and let Suzi do her thing. She is, after all, a much more nimble – and svelte – machine than Big Ethel is. Almost 200 lbs lighter, with an off-road setup and almost 11 inches of ground clearance, Suzi is able to do a whole lot of things that Ethel just can’t. But then, that is why I got her, after all.

I began to get comfortable with the terrain – and the DR650 – quite quickly, and before we had completed a second circuit through the bush loop I was able to keep up with Jason quite well. I stopped calling him very rude names under my breath, and began really paying attention to his line and riding style, deciding that the old axiom rings true. 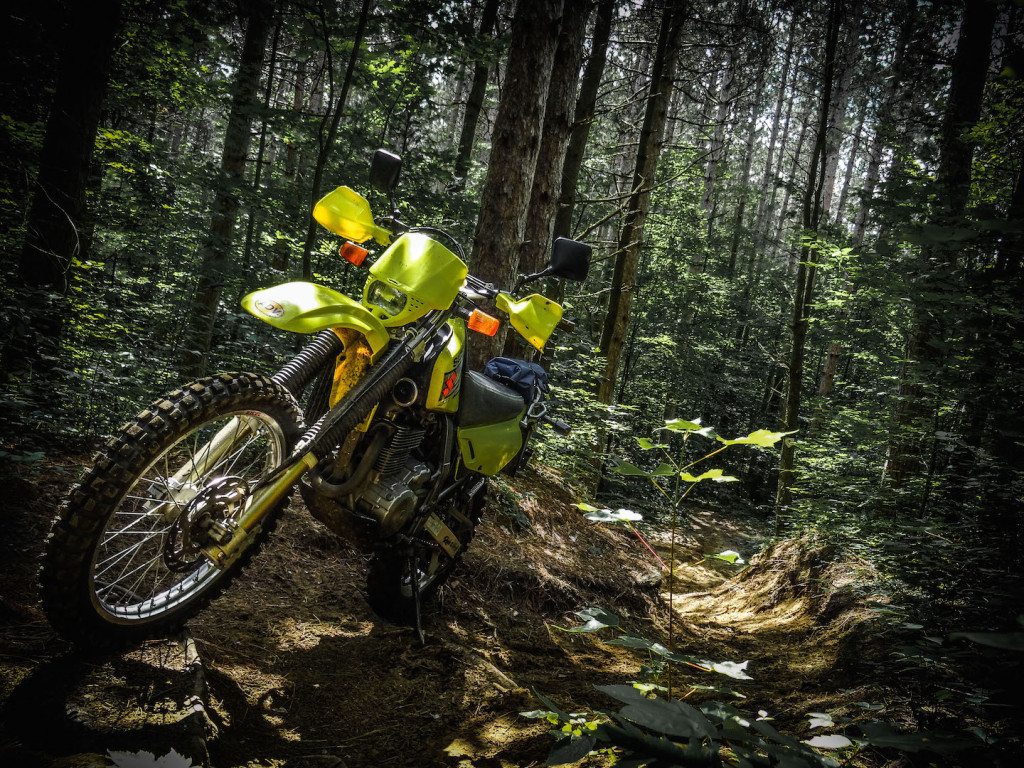 I had discovered on a couple of different occasions just how much easier Suzi is to pick up than Big Ethel, and found myself very happy with her mannerisms and capabilities – though let’s be honest, it is my capabilities that need work – I cannot even approach all of the things that Suzi is very capable of doing.

Today’s ride was an amazing introduction into the world of true dual-sport riding for me. And I have to say, I absolutely loved it.

I am going to practice as much as I can over the next few weeks, and then Suzi and I are off to the Fundy Adventure Rally where I will attempt to really stretch her legs, and see what she’s got. 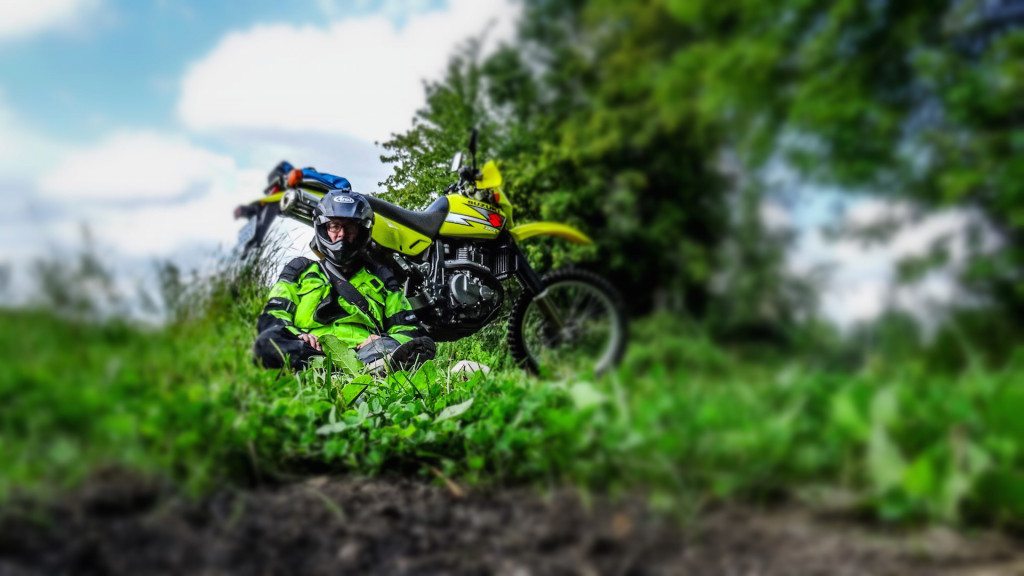 Big Ethel, I mean no disrespect. You are still my #1 dance partner – Suzi will never compare to your moves in the twisties.

Please go to the Instagram Feed settings page to create a feed.