Well, there’s no escaping it. At least, not for those of us who live in an area that experiences winter in all of it’s glory.

It is time to park our trusted steeds, stowing them away in the shadows at the rear of the garage, lamenting our separation for the next 5 months or so. 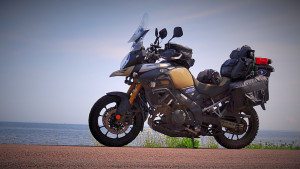 Betty, previously known as Suzi, my DR650, will remain road-ready for a couple of weeks yet as I hold tightly to the dream of a few more days of warm-enough weather. At this point, 10 or 12 degrees Celsius would be just fine.

I find myself watching online adventure videos at length, and planning next year’s forays into the unknown with reckless abandon.

As you may have seen in earlier posts, my season of my discontent will be interrupted this year – an oasis away from the frozen desert of Ontario winter being found in Ecuador for 8 to 10 days in February.

I am trying not to dive into the planning of that little foray too deeply yet, lest the respite that it provides – the catharsis experienced in the foreplay of the preparation – be gone too soon.

If I were a little less pragmatic (most of my friends will tell you that they would never describe me as such) I would drop the money on one of these amazingly entertaining looking machines:

Who knows – maybe one of my riding buddies will take that plunge! One can only hope . . .

The question though, is what to do in the meantime? My blog will certainly be devoid of ‘current’ personal rides and adventures, and I don’t think this is the proper forum for any of my amateur-fiction, so what do I do to keep you, my faithful few, engaged?

Of course James, my webmaster, and I will endeavor to continue finding and posting some really cool shit in the form of YouTube videos of other peoples amazing adventures, as well as interesting and often missed cool news items. I also have a few product reviews yet to be written and I’d like to review some ADV books and movies.

But in the meantime . . . I’d like to dust off and revise my West Coast Adventure that took place in another incarnation when I was riding cruiser. This ride took place in 2012, long before I had the wreck that broke both of my ankles and subsequently led me to the adventure motorcycle community. Back then I was on a low-slung cruiser; I wore a patch-and-crest festooned leather vest; and I rode with a brotherhood no different from that which I ride now – a group of riders, men and women, who love motorcycles, motorcycle riding and all that the lifestyle entails. I just rode on more gravel than they did, hahaha!

I plan to start the first few posts and if people like them and share them I will continue. If not . . . that will be that.

Ok, enough of an intro already. Here we go. Please keep in mind that this is taken from my other, pre-existing blog, so there may be a couple of contextual incongruities, especially in the beginning. It will at least, I hope, help this damnable season known as winter pass quietly into the night.

Let’s start with introducing the bike that brought me back to riding after many, many years of being out of the saddle. 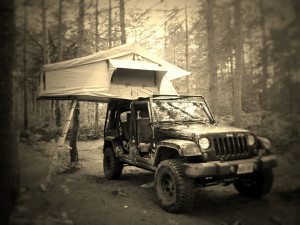 James and I drove to Smiths Falls in his Jeep. He had purchased it brand new a couple of years prior, and then spent several thousand dollars making it his own: Mickey Thompsons,  3.5″ lift, River Raider skid plates, roof-top tent, etc. It was quite a machine. And entirely an expression of its owner. Just as it should be.

We pulled up to the address that I was given, drove down a short lane, and parked behind the house. Right beside the bike that I was here to look at. I spotted it as soon as we turned into the driveway and felt my pulse quicken. But as we drew alongside and I was able to see her more closely, I began to feel almost disenchanted. Her chrome was well speckled with rust. The aluminum engine and transmission cases pitted with corrosion. The spokes of her chromed wheels looked as if they had not seen polish in years. Her black paint was faded and completely devoid of any luster. In short, this bike looked only a few kilometers away from being a basket case. I almost said the words “thanks anyway man, but . . .” Just as the owner smiled and said “here, let me start her for you.”

He turned the key and hit the starter button, and she spoke to me in a voice that said “I am still here. Don’t judge me yet.”

I had not been on a motorcycle in almost 15 years. And never on a cruiser like this. She was big. Squat and wide. She looked menacing.

Conscious of how easily I could talk myself into just saying forget it, I instead grabbed my helmet from the back seat of the Jeep, pulled it on, strapped it up and then threw my leg across her saddle for the first time. I saw a well formed spider’s web that a trusting little creature had weaved between the clutch cable and the handle bar and wondered where the builder was. I spotted her sitting on top of the headlight can, and decided that she and I were going for a ride. I glanced at the owner and said “back in a few,” looked James in the eye and smiled, and then introduced myself to 500+ lbs, of motorcycle.

It is true, that saying that we hear every time that we revisit an activity that we have not done in a protracted amount of time.

I nursed her down the grass and crushed-stone laneway, feeling her weight shift with each contour of the surface on which her cracked and worn tires were carrying me. And then we turned onto the 2 lane that runs past the house, and began to get to know each other. The highway was nice and straight for a few kilometers and I took the opportunity to roll on the throttle and listen to this lady’s voice. And let me tell you, this fat lady could sing. Her song emanates from a pair of Vance and Hines custom pipes that do little to dampen her throaty tones and you just know that this girl wants to be heard. We blasted down the highway for a stretch and I decided to turn around and head back in the direction I had come, the bike letting me know that while I may have a certain amount of riding experience under my belt, she was not some little dirt bike or even a nimble crotch rocket. Feeling 500+ pounds of steel trying to go where gravity wants it to – that is, lying flat on the asphalt – quickly awakened me to the truth that this lady and I had to learn to dance together. She would show me what she was comfortable with and I would learn to pay attention to what she was showing me. However, at that moment, well, it is a damned good thing that there was no oncoming traffic, because I navigated a both-feet-on-the-asphalt-holy-fuck-don’t-drop-this-bike U-turn that took way to much room, and way too much time.

Heading in a straight line again, I brought her up to speed and headed back to her current owner.

He knew from the smile on my face that the deal was as good as done. We haggled a bit, came to a place of mutual satisfaction, and traded cash for paperwork and keys. James smiled at me, knowing exactly what I was feeling, and said “Ok. I’ll follow you,” and as easy as that I headed out on my first 100 kilometer ride.

I never did see that little spider again. 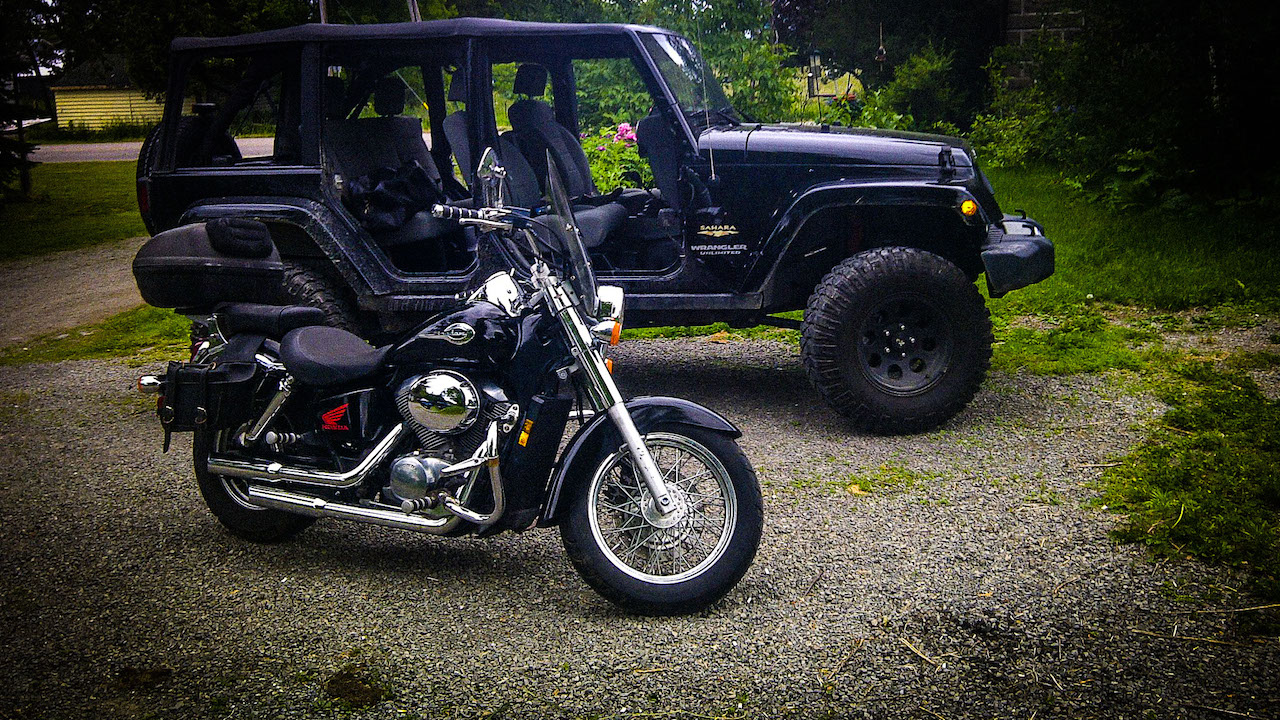