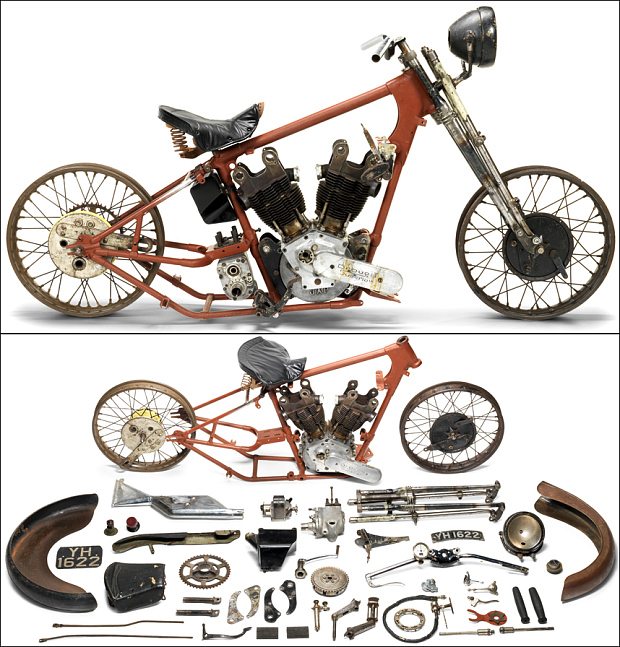 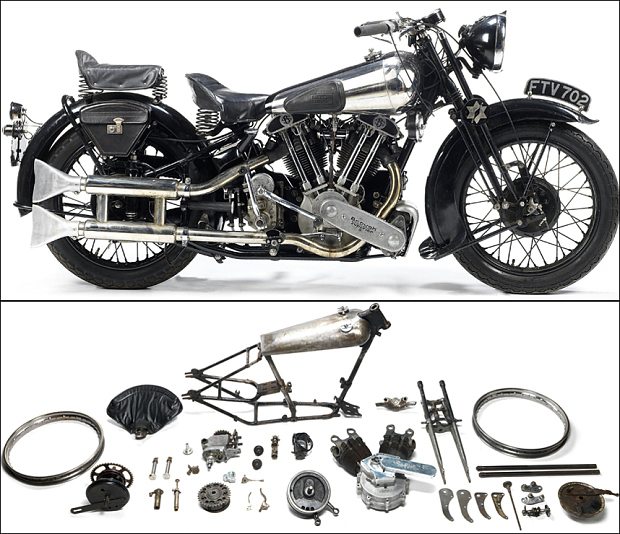 At age 69, Ross passed away before he could realize completion of his project. Ross’ widow decided to sell the parts at auction, but had no idea of their value until the British auction house, Bonhams, assessed their value.

Bonhams brought in a Brough Superior expert restorer who loosely assembled the parts to give prospective bidders an idea of what was being put on the block. In the end, the 1926 was auctioned for £259,100 and the 1927 for £236,700.

Only 3,000 of these bikes were made before the outbreak of WWII. They were considered the Rolls Royce of motorcycles and were a luxury that only the wealthy could afford. George Bernard Shaw owned one and it is the bike that TE Laurence (Laurence of Arabia) was killed in a crash while riding in 1935. 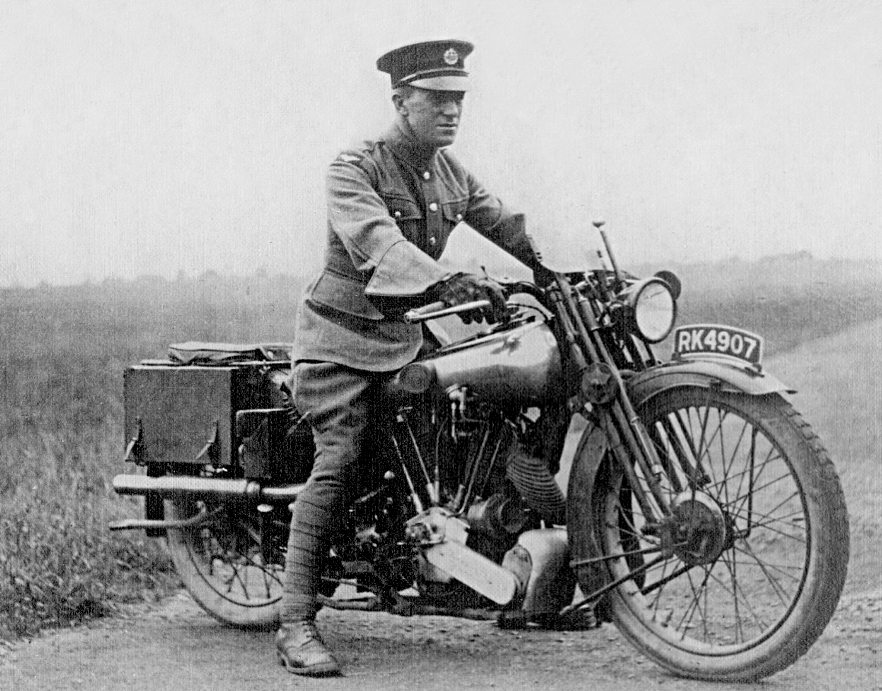 Lawrence of Arabia on his Brough Superior

Guaranteed to do 100 mph, the Brough Superior SS100 Alpine Grand was not only the Rolls Royce, but also the original superbike in its day. According to Bonhams’ expert restorer, “the opportunity to own a machine of this caliber happens so rarely. It could be decades before this sort of opportunity comes along again.”